As per the reports, The BCCI doesn't want the IPL franchises to strike a commercial deal with the Cryptocurrency exchanges till the time the Indian government brings a regulation in place. 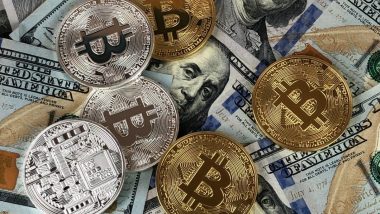 Mumbai, November 27: Board of Control for Cricket in India (BCCI) has issued a directive in which it has barred IPL teams from striking commercial deals with any Cryptocurrency companies. The decision came after the reports of the proposed Cryptocurrency and Regulation of Official Digital Currency Bill that will be introduced in winter session of Parliament by the Government of India.

As per reports, the BCCI doesn't want the IPL franchises to strike a commercial deal with the Cryptocurrency exchanges till the time the Indian government brings a regulation in place. Cryptocurrency in India: Parliamentary Panel Discusses Crypto Finance; Members Favour Regulating Exchanges Over Imposing Ban.

Two IPL franchises requesting anonymity revealed they had been in talks with major cryptocurrency exchanges over sponsorship deals ahead of IPL 2022. However, the deals could not be completed as BCCI issued the directive. “It’s a major opportunity loss. The kind of money crypto companies were offering for the sponsorship was 1.5 times what the current sponsors are paying,” reported ET quoting one executive of an IPL franchise as saying.

As per the reports, a couple of IPL franchises are not happy with the BCCI over its decision to ban sponsorship deals with cryptocurrency exchanges stating that the International Cricket Council had no issues with cryptocurrency players advertising or sponsoring its recent events like World T20 World Cup.

(The above story first appeared on LatestLY on Nov 27, 2021 10:50 PM IST. For more news and updates on politics, world, sports, entertainment and lifestyle, log on to our website latestly.com).