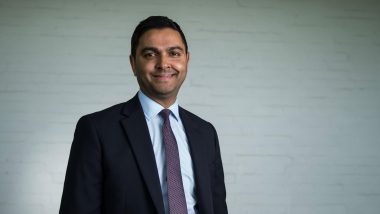 Lahore, July 26: Pakistan Cricket Board (PCB) CEO Wasim Khan has said they went ahead with their team's tour of England despite 10 players testing positive for COVID-19 to ensure resumption of the game amid the pandemic. "COVID-19 and cricket will have to co-exist, there was no other reason for this decision other than the (revival of) global cricket," Wasim Khan said while speaking to Geo News.

"Whenever we are asked regarding our decision to proceed with the tour to England, the same question should also be posed to the West Indies cricket team, which has also continued with scheduled matches." "The West Indies (cricket team) decided to go to England when the situation was quite worse over there (due to the pandemic)," he said, adding that, following suit, the PCB officials also made their decision. PCB Chief Wasim Khan Takes U-Turn After Statement on Pakistan Refusing to Play 2021 T20 World Cup in India.

The West Indies travelled to England for a three Test series to resume cricket after it was stopped due to the coronavirus pandemic. The third Test is currently underway in Manchester. Earlier in June, around 10 Pakistan players had been left out of the England tour squad after they failed to clear the coronavirus test.

The Pakistan team is in England where they will play three Tests and as many T20Is in August. The opening Test will be played in Manchester from August 5-9, which will be followed by back to back Tests at the Ageas Bowl, Southampton, from August 13-17 and August 21-25.

(The above story first appeared on LatestLY on Jul 26, 2020 08:37 PM IST. For more news and updates on politics, world, sports, entertainment and lifestyle, log on to our website latestly.com).