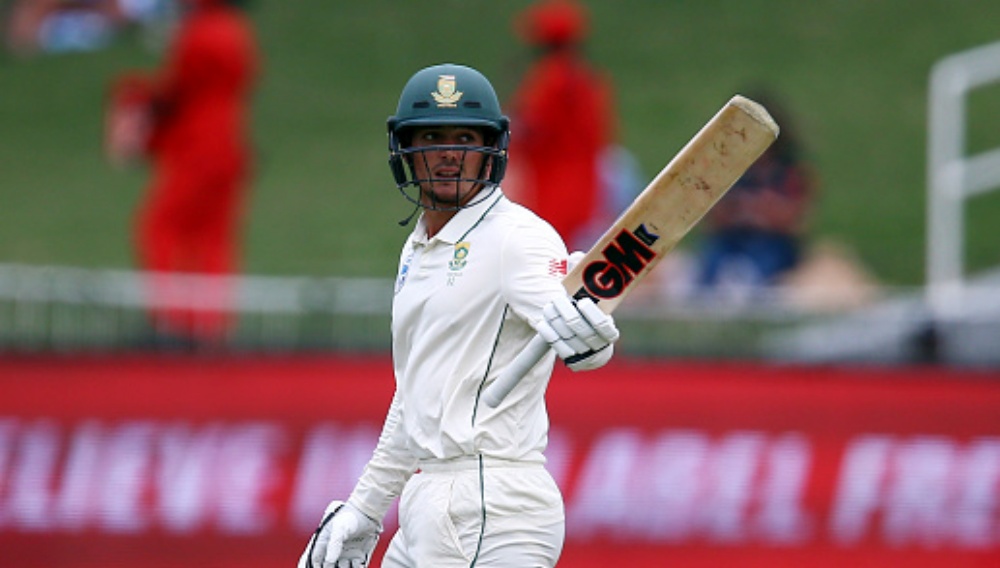 After a couple of fantastic innings in the T20I series, Quinton de Kock registered his fifth Test century on Day 3 of the India vs South Africa 1st Test. The wicket-keeper came into bat when South Africa were reeling at 178/5. The southpaw backed his natural game and went after the bowlers. De Kock batted with great temperament against the star duo of Ravichandran Ashwin and Ravindra Jadeja, and the Visakhapatnam crowd witnessed the fourth century of the match. This knock was special indeed as this was the first instance where he came into bat in a Test match on Indian soil. India Vs South Africa, Live Cricket Score 1st Test Match.

De Kock also became the first Proteas wicket-keeper to register a century in India. Courtsey, the blitz by the left-handed batsman, South Africa averted the follow on and are back into the contest. Earlier in the day, South Africa came to bat in the first session at 39/3. Dean Elgar showed great resilience and tackled the Indian bowlers valiantly. Elgar also crossed the three-figure mark which was 12th of his Test career. Along with that, Skipper Faf du Plessis also played a decent knock and scored 55 runs.

In the first innings, Rohit Sharma and Mayank Agarwal notched a fantastic ton and guided India to 502/7 in the first innings and South Africa are eying to get closest to the score. The match is perfectly poised at the moment and almost an hour is left in the day. Proteas have already lost Elgar in the last session of Day 3 and will like to avoid any further damage. On the other hand, Jadeja scalped his 200th Test wicket by dismissing Elgar and will aim to dismiss few more batsmen before the end of the day's play.