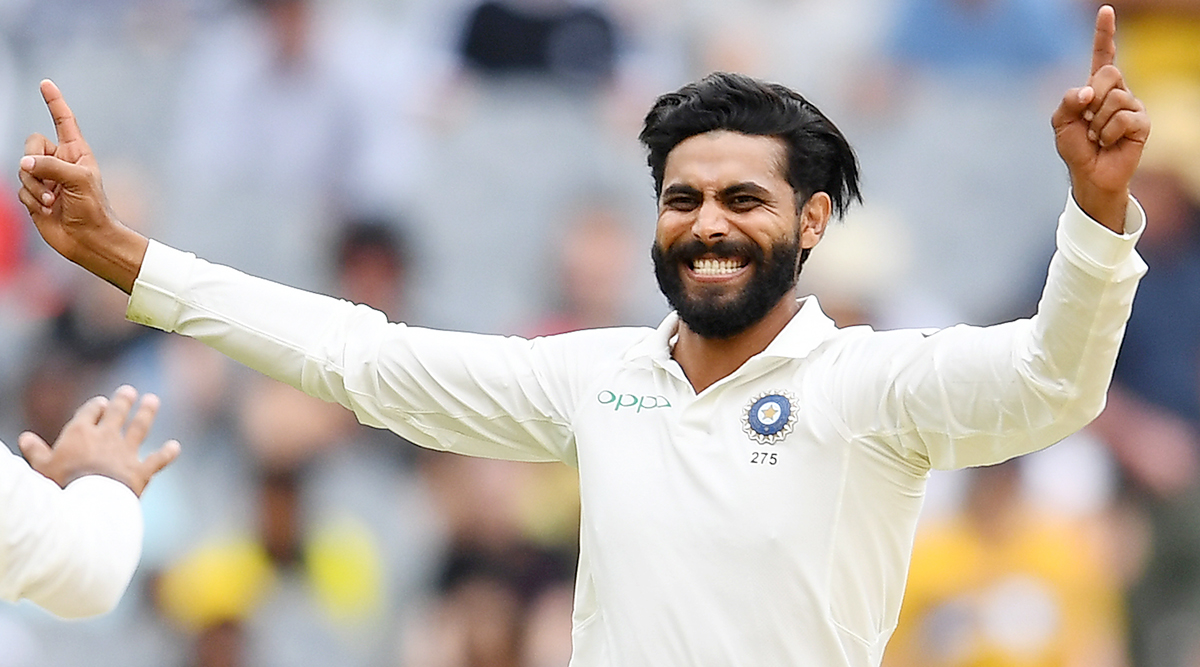 Ravindra Jadeja became the second-fastest Indian bowler after Ravichandran Ashwin to take 200 Test wickets. Jadeja dismissed centurion Dean Elgar to achieve the feat and beat out-of-favour veteran spinner Harbhajan Singh to the record. The 30-year-old also becomes the first left-arm Indian spinner to complete 200 wickets in Test cricket for India. He reached the milestone in 43 Test matches, a record only bettered by Ashwin, who had achieved it in 37 matches. Harbhajan, who last represented India in 2015, took 46 Test matches to reach the milestone. India Vs South Africa, Live Cricket Score 1st Test Match.

Jadeja, who started the game on 198 wickets clean-bowled Dane Piedt for a four-ball duck to edge one-wicket closer to the feat before umpires called off Day 2 of opening India vs South Africa Test match at the ACA-VSCA Stadium in Visakhapatnam. Ashwin, who himself is chasing the record of becoming the joint-fastest player to take 350 Test wickets, remains the fastest Indian bowler to have taken 200 wickets in Test matches. The 33-year-old off-spinner took just 37 Test matches and reached the milestone against New Zealand in 2016. He is the third-fastest in the overall list of players to have taken 200 Test wickets in the international circuit.

Earlier, Mayank Agarwal slammed his maiden double century, while Rohit Sharma scored his first hundred as an opening batsman for India in Test matches, to help the hosts post over 500 runs after India captain Virat Kohli had won the toss and elected to bats first. The opening duo of Rohit-Mayank shared a record 317-run opening stand – third-highest opening partnership for India in Test cricket – and broke several records on their way to personal milestones.

India declared on 502/7 with over half an hour left to play and Ravichandran Ashwin and Ravindra Jadeja ensured that half-hour was of full use. Introduced in just the third over of South Africa’s innings, Ashwin sent Aiden Markram back with one peach of a delivery that squeezed through the gap between Markram’s bat and gap before crushing the willow behind. Ashwin, who remains just six wickets short of equalling Muttiah Muralitharan’s record of becoming the fastest bowler to complete 350 Test wickets, then removed Theunis de Bruyn before Jadeja ran-through Piedt’s gates to leave South Africa trailing at 39/3 at stumps on Day 2.