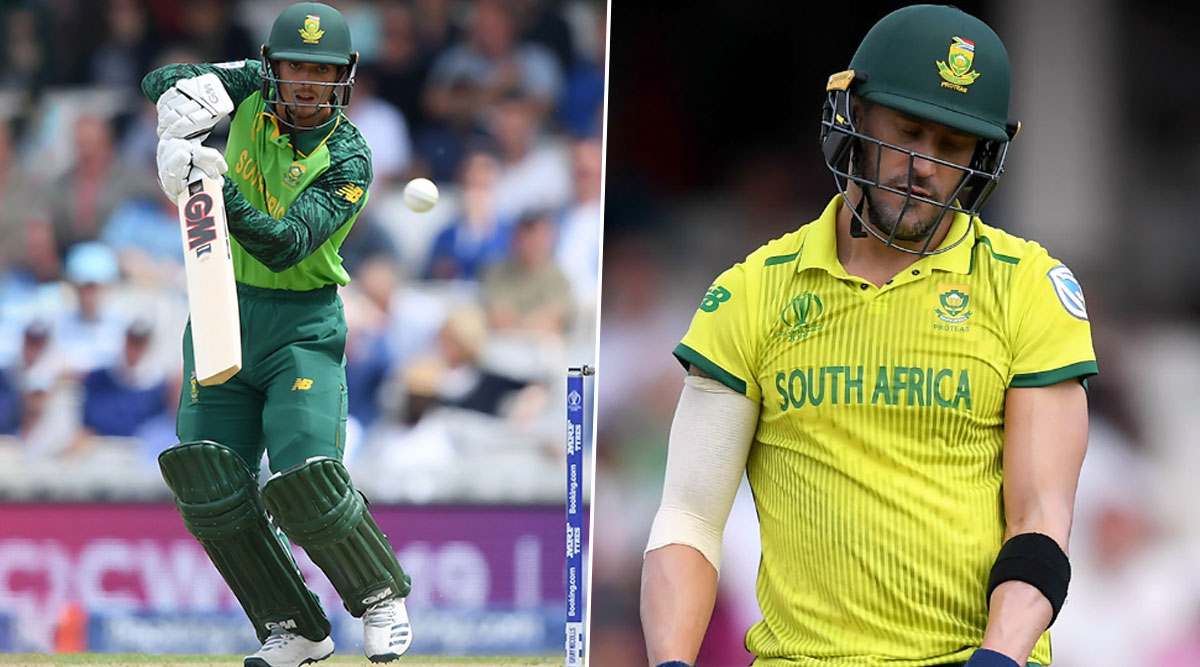 Quinton de Kock has been named South Africa’s captain for the three-match ODI series against England with Faf du Plessis being left out of the squad. The latter has not played a limited-over game since the 2019 World Cup and his omission from the squad has increased uncertainty over his future. Post South Africa’s humiliating loss in the third Test against England, Du Plessis hinted towards retirement by confirming that the fourth match will be his last Test series at home. However, he also claimed that he will be national side the ICC T20 World Cup but the sectors seem to have moved ahead. South Africa vs England 3rd Test Match 2019–20 Result: Joe Root and Co Thrash SA by an Innings and 53 Runs.

South Africa’s last limited-overs assignment was a three-match T20I series against India which resulted in a 1-1 draw, with the first match being washed out. De Kock held the reins of the side in that series too and also showcased the glimpses of his ability as a leader. Well, Cricket South Africa (CSA) are certainly looking at the wicket-keeper batsman as Du Plessis’ successor and it will be interesting to see whether the 27-year old will step up to the challenge or not.

Another notable name missing from the squad was of pacer Kagiso Rabada, who has been provided rest. Five uncapped players consisting of Lutho Sipamla, Kyle Verreynne, Sisanda Magala, Janneman Malan and Bjorn Fortuin have also been included in the side and will be expected to deliver against the mighty England side.

The first of the three ODIs will be played on February 4 at the Newlands in Cape Town. England will also be playing their first ODI match since their triumph in the 2019 World Cup and will eye to continue their dominance. With the services of players like Joe Root, Ben Stokes and Jos Buttler, the visitors are a force to reckon with and the Proteas will have to put up a spectacular show in order to defeat them.