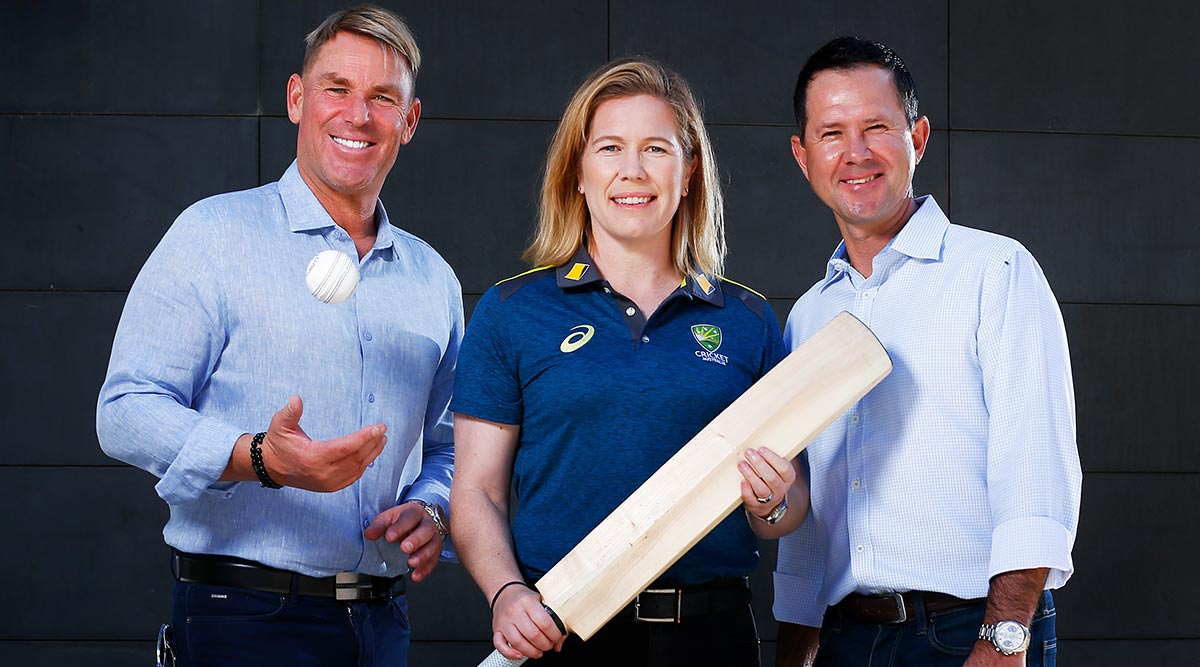 Shane Warne, Ricky Ponting and a host of other Australian cricket legends will come out retirement to play a charity match that will raise funds to support and aid the victims of Australia’s devastating bushfires victims. The charity game an effort by Cricket Australia to raise money for the bushfires victims will be held on February 8 just hours before the 2019-20 Big Bash League (BBL) final. Warne and Ponting are set to captain the two sides, which will also include stars like Adam Gilchrist, Brett Lee, Michael Clarke and Shane Watson, the Australian cricket board announced on January 12, 2020 (Sunday) while also naming a range of other initiatives to help victims of the wildfires. Shane Warne’s Baggy Green Cap Fetches Over 1 Million Australian Dollar for Bushfires Aid.

The match, called Bushfire Relief Match as well as the Bushfire Cricket Bash, will be played on the same day as the Big Bash League final and the Australia-India women’s 2nd T20I match. All three matches of that day (February 8, 2020) will have fundraising initiatives with the raised money going to Red Cross Disaster Relief and Recovery Fund. The day will start with the Bushfire Relief match followed by the BBL final.

Huge news! Australia's cricket legends will come out of retirement for the Bushfire Cricket Bash to raise funds for the bushfire relief.

"The Bushfire Cricket Bash will be Cricket Australia’s major fundraising initiative to support Australians impacted by the recent unprecedented bushfire emergency," Cricket Australia CEO Kevin Roberts was quoted as saying by cricket.com.au. “People the world over have seen the overwhelming images of hundreds of thousands of hectares burnt, precious lives lost, hundreds of properties destroyed and the devastating loss of wildlife as a result of the fires. These images have reinforced the need to get behind organisations like the Australian Red Cross which is responding to the immediate requirements of people who have lost loved ones, their homes, and their livelihoods."

The venue for the Bushfire charity match is set to be finalised on January 31 – the same day when the hosting stadium for the BBL final is set to be determined. As many as 10 former players – namely Ponting, Warne, Gilchrist, Lee, Watson, Langer, Clarke, Blackwell, Waugh and Jones – have already confirmed their participation for the charity match.

Among them, Warne has already made a significant contribution towards the relief funds for the Australian bushfires. The legendary spin Wizard auctioned his Baggy Green cap for more than a one million dollars and donated the entire money towards the fundraising efforts.