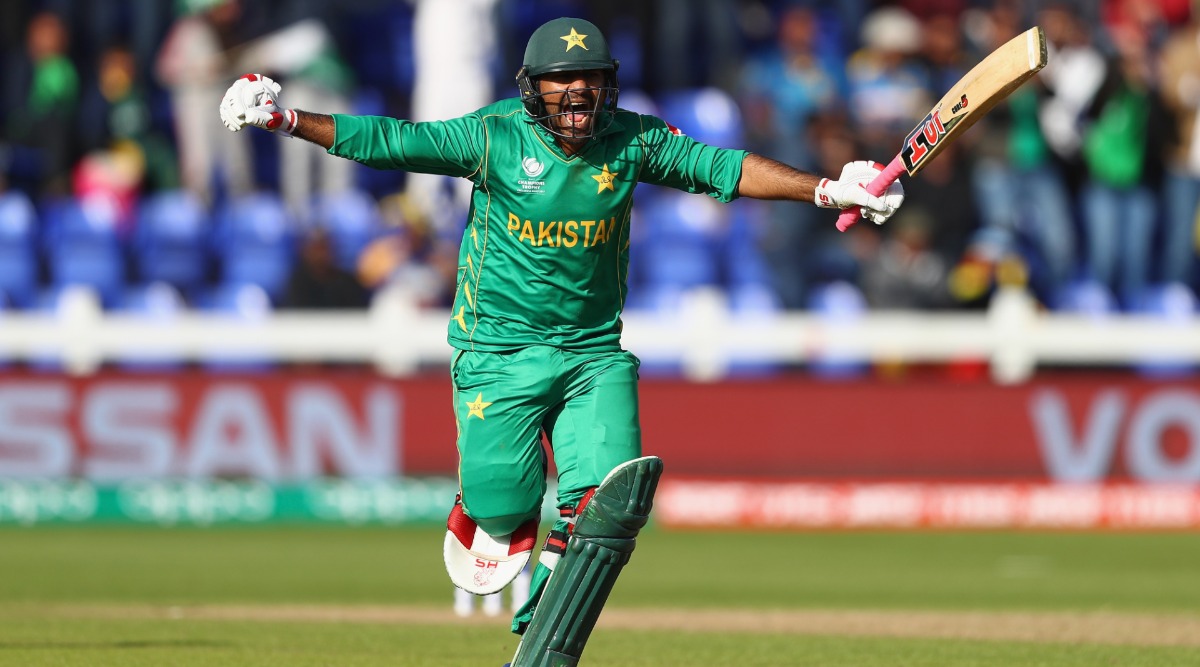 Sportspersons around the world have come together to help the poor and underprivileged in their plight amid the coronavirus pandemic that has left many without a proper income, food or shelter. While many sports personalities made notable contributions towards the emergency relief funds of their respective governments, others have decided to auction some of their precious items to help the needy. Days after England wicket-keeper Jos Buttler announced that he will be auctioning the jersey he wore during the 2019 ICC Cricket World Cup final, former Pakistan captain and wicket-keeper batsman Sarfaraz Ahmed has now come forward and announced that he will auction the bat he used during Pakistan’s victorious 2017 Champions Trophy campaign. Babar Azam Gives an Overwhelming Reply to 5-Year Old Fan’s Tribute, Says 'Study Hard, Play Harder'.

Sarfaraz Ahmed has given the bat he used during the 2017 Champions Trophy for auction. The money raised will go towards helping athletes and groundstaff who are struggling financially since the outbreak of the COVID-19 pandemic #COVID19

Sarfaraz, 32, was the first Pakistan captain to lift an ICC trophy since Shahid Afridi in 2099 when he led Pakistan to the Champions Trophy title in 2017 after thrashing arch-rivals India by 180 runs in the final. Sarfaraz batted just twice in five games at the tournament but hit a match-winning 61 not-out in the final league stage game against Sri Lanka. He was also named the wicket-keeper and captain of the team of the tournament.