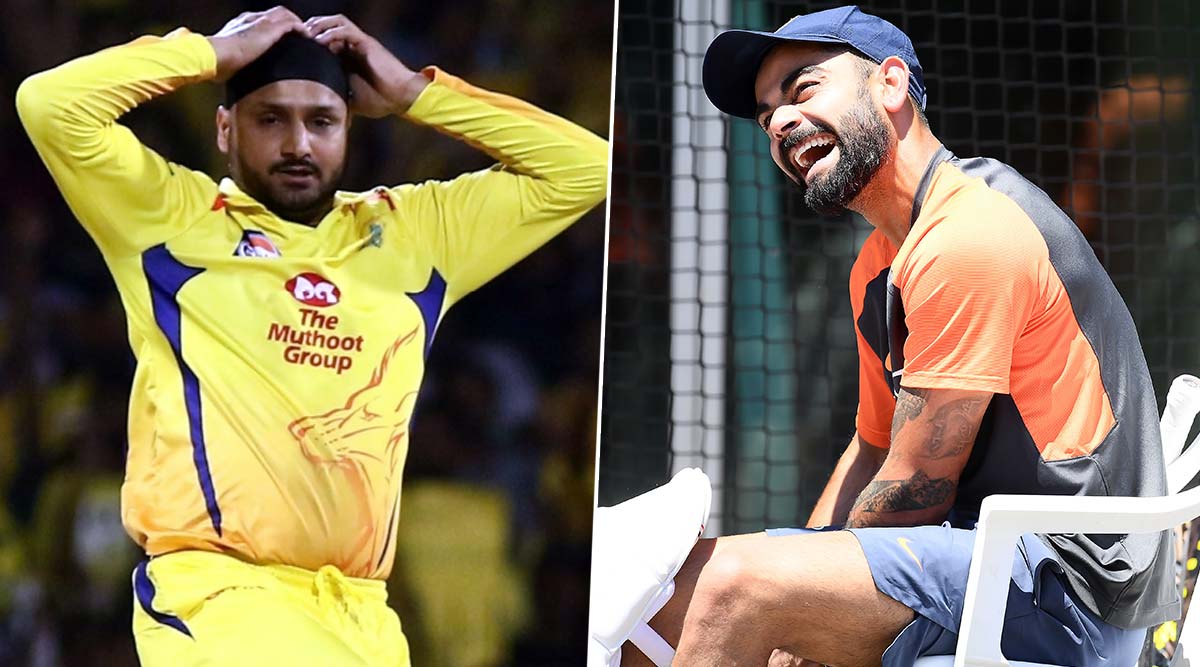 With the first of the three-match T20I series being washed out, a lot will in stakes in the 2nd T20I between India and Sri Lanka. However, Indian skipper Virat Kohli looked at his humorous best on the eve of the clash as he was seen imitating the action of Harbhajan Singh. The two cricketers have played a lot of cricket together and also share a great bond too. The Holkar Cricket Stadium in Indore witnessed the chemistry between the two and the Indian skipper's hidden talent will leave you in splits too.  India Vs Sri Lanka, Cricket Score 2nd T20I Match.

Harbhajan, who is the part of the expert panel in the ongoing match, came to greet the Indian captain on the ground and Virat greeted the spinner in a hilarious manner. He mimicked the offie while seeing the former close to him and his imitation also tickled the funny bones of Irfan Pathan and Harbhajan himself. The batting juggernaut, especially, enjoyed emulating Harbhajan’s reaction when he doesn’t get the favoured results. Well, everyone is certainly aware of Kohli’s abilities with the willow and now, the 31-year old is giving the actors a run for their money too. IND vs SL, 2nd T20I 2020 Toss Report & Playing XI: Virat Kohli Wins the Toss, Elects to Bowl First in Indore.

Who was @imVkohli imitating here?
Wrong answers only in the replies, GO!

Speaking of the match, Virat Kohli won the toss and invited the Lankans to bat first. The return of Jasprit Bumrah and Shikhar Dhawan will be a huge boost up for the hosts and they will like to continue their winning run. On the other hand, Lasith Malinga and Co will have to put on an extraordinary performance in order to cause a turnaround in the match.