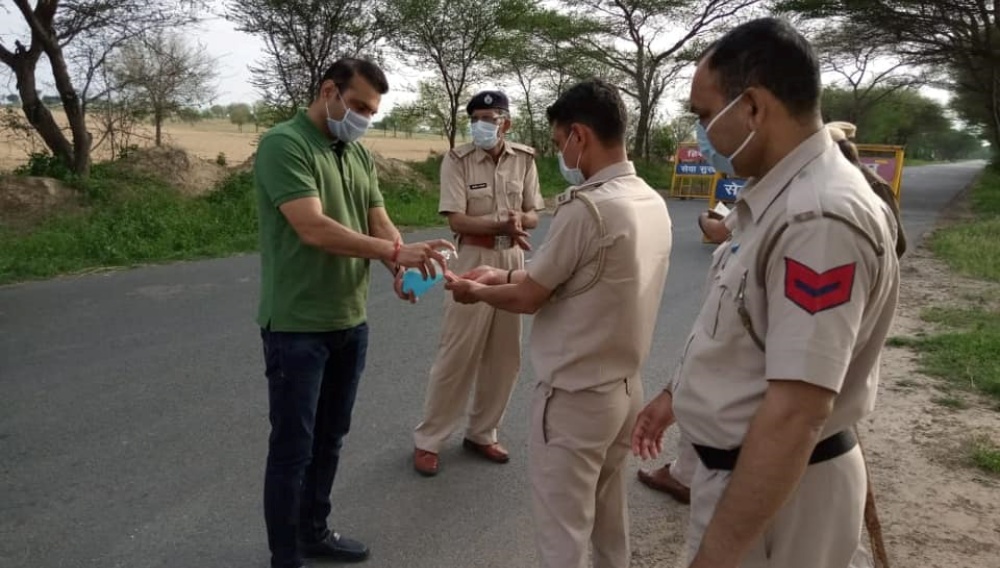 Remember 2007 T20 World Cup hero Joginder Sharma has been inactive in the cricketing circuit for quite a long time now. He turned out to be the hero for the Indians as he bowled the last ball against Pakistan and scalped the wicket of Misbah Ul Haq. The cricketer is currently the Deputy Superintendent of Police with the Haryana Police. With the menace of coronavirus, the police are playing a vital role in regulating the quarantine and urging people to stay home. Joginder Sharma who holds a high rank obviously is a part of the police is performing his duties. This Day That Year: Throwback to the Time When Mahendra Singh Dhoni and Co Became the First-Ever T20 Champions in 2007.

Sharma shared a few pictures of himself performing his duties. He was seen washing his hands with the sanitizer and overseeing the proceedings of the nakabandi. The cricketer-turned policeman was seen wearing the masks along with a few of his fellow mates. Not only the government but also the cricketers and sportsperson have urged the fans to stay at home. Have a look at the snaps below:

Joginder Sharma made his ODI debut against Bangladesh and was seen donning the Indian colours for the last time in 2007 against Sri Lanka. The final game against Pakistan was the last T20I game of his career.  He was also in the news for snapping a couple of wickets against Australia in the semi-finals of the T20 World Cup. Even during the finals of the World Cup, the all-rounder lived up to the expectations of the captain. Post this, he was awarded Rs 21 lakh as cash prize and was offered a place in the police by the Haryana government.