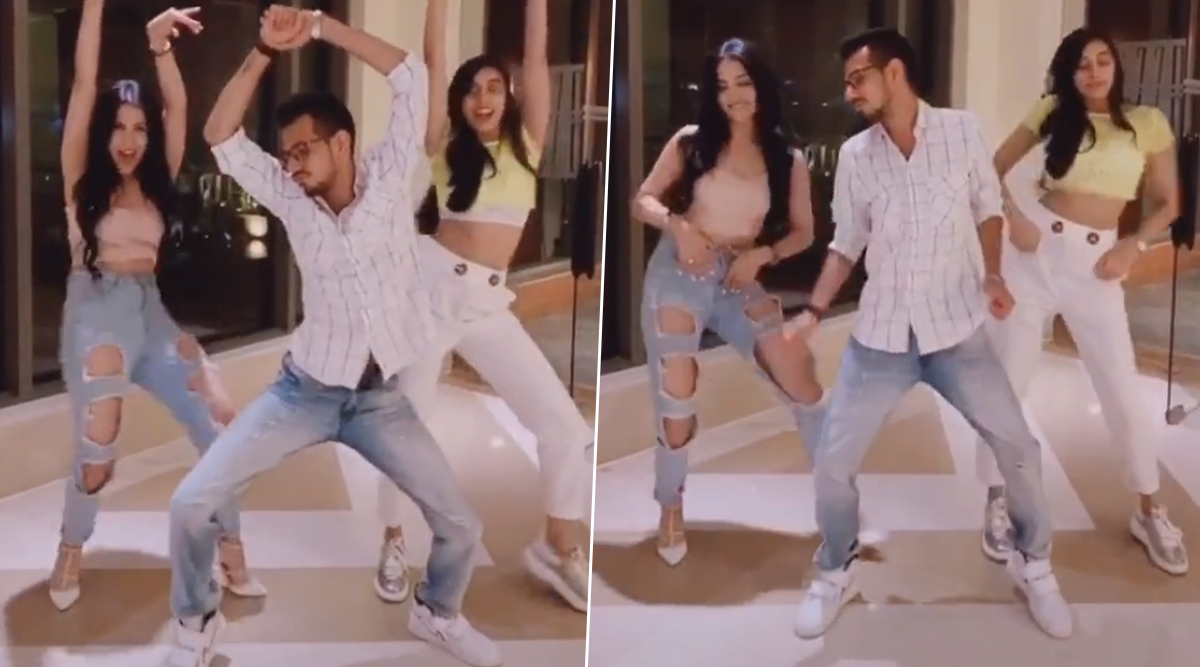 Along with the ability to fox the best of batsmen, Indian leg-spinner Yuzvendra Chahal is also known for his antics off the field. From his fun segment called Chahal TV to trolling his teammates on social media, the leggie never leaves any chance of entertaining his fans. In his latest frolic, Chahal can be seen dancing with two girls and the moves of the leg spinner are nothing but hilarious. The clip was shared by one of the girls present in video on video-sharing website TikTok. Well, the video apparently got viral and made Chahal again the talk of the town. RCB Removes Picture and Name, Yuzvendra Chahal Raises Eyebrows.

Chahal, himself, is an active user of social media and is frequently sharing videos and photos of his daily-life activities. He has even showcased his dancing talent on previous occasions too. However, this video of his is at a different level altogether as one just can’t control laughter while watching the moves of the cricketer. The girl also posted one other video with Chahal and in that, the leggie displayed his acting abilities. Meanwhile, let’s look at the videos.