Currently taking advantage of the World Cup fever, criminals are encouraging, and also pressurising Nigerians, and their parents to get Russian visas. 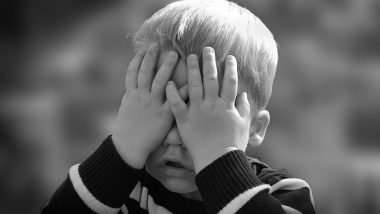 Nigerian authorities have recently said that they have rescued nine young girls, and one boy, who were being trafficked to Russia. According to a recent BBC report, these young children had football supporter ID cards to look as though they were fans heading to the World Cup in Russia. These victims were reportedly found just as they were about to board a plane from Lagos to Moscow. Reportedly, five other potential victims were stopped from boarding the same Turkish Airlines flight when suspicious staff noticed they had one-way tickets.

The rescued children are now in a shelter for victims of trafficking, which is run by the National Agency for Prohibition of Trafficking in Persons. Currently taking advantage of the World Cup fever, criminals are encouraging, and also pressurising Nigerians, and their parents to get Russian visas.

Human trafficking thrives at large in these significant sporting events such as Olympic Games, Super Bowl or the FIFA World Cup. It is considered as a perfect venue for prostitution. Even though a lot of organisation, including NGOs are fighting against it, but very few have been successful in their attempt.

(The above story first appeared on LatestLY on Jun 12, 2018 11:13 AM IST. For more news and updates on politics, world, sports, entertainment and lifestyle, log on to our website latestly.com).