Cristiano Ronaldo was brought from Real Madrid for a record Serie A figure to help Juventus cross the last hurdle after five UCL final defeats. Instead, they now find themselves further away from European glory. Juventus have failed to breach the Champions League quarter-finals after signing Ronaldo in 2018. 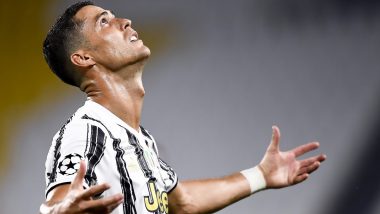 Cristiano Ronaldo and Juventus endured another painful Champions League night as they bowed out of the tournament once again at the least 16 stage and once again on away goals. Andrea Pirlo’s side beat Porto 3-2 in the second leg at Turin but exited the tournament on away goals after the match finished 4-4 on aggregate. Their Champions League woes extend to another season. 25 years have already passed since Juventus last became the European champions. The dream now stretches to yet another year. But it wasn’t meant to be like this not with Ronaldo, a five-time Champions League winner, in the side.

Ronaldo was brought from Real Madrid for a record Serie A figure to help Juventus cross the last hurdle after five UEFA Champions League final defeats. Instead, they now find themselves further away from European glory. Juventus have failed to breach the Champions League quarter-finals after signing Ronaldo in 2018. In his debut UCL campaign with the Italian side, Ronaldo watched as Juventus were beaten by a young Ajax side at home and knocked out from the quarters. They have been ousted from the last 16 stage in the previous two seasons and both times on away goals.

The Portuguese, who has scored a brace for Real Madrid in Juventus’ last Champions League final defeat in 2017, arrived at Turin with an aim of fulfilling Juventus’ Champions League dream and ending an agonizing 25-year wait. Ronaldo is a serial Champions League winner. He has lifted the title five times, holds the record of scoring most goals (4) in Champions League finals and is one of only a handful of players to complete a hat-trick of UCL titles. But at Juventus, Ronaldo finds himself away from Champions League glory. So here, we take a look at reasons why Ronaldo should leave Juventus in the coming summer.

Juventus No Longer a Competitive Squad

That for the first time in almost a decade, Juventus find themselves third in the Serie A table after 26 matches, tells how the squad is far from a title-winning side. Juventus trail Inter Milan by 10 points in the Serie A table and could for the first time in 10 Seasons concede the league title. They have also been knocked out of the UEFA Champions League. Ronaldo played alongside Karim Benzema, Luka Modric and Toni Kroos at Real Madrid. But here he is playing alongside an inexperienced and young squad that have at numerous times this season proved their inability to challenge for titles.

Juventus appointed Andrea Pirlo as their head coach after sacking Maurizio Sarri. Pirlo is one of the all-time legends as a player but is unproven as a coach. In fact, this is his first managerial job in the top-flight. Pirlo was appointed as the head coach of the first team merely 10 days after being first appointed as the coach of the Juventus youth team. His inexperience has been there for all to see. The squad he inherited hasn’t helped either.

A move to either Pairs Saint-Germain or a return to Real Madrid could help Ronaldo realise his dream of winning the Champions League again. At PSG, Ronaldo would have Neymar, Kylian Mbappe and Marco Verratti to shoulder the burden. Their quality will also help him prosper. While at Real, Ronaldo will once again reunite with Benzema, Kroos and Modric. youngsters like Marco Asensio and Vinicius Junior have shown they belong to the top-level while Eden Hazard could finally kick-off at Madrid with Ronaldo beside him.

A Move Away From Juventus Will Suit Both Parties

Ronaldo is 36 and could at best play at the top level for two more years. Those two years are crucial for him as he aims to win a sixth Champions League crown. But spending those two years at Juventus wouldn’t be wise enough for the Portuguese superstar.

In his three years at Turin, Ronaldo has failed to reach the Champions League semi-finals even once. The title now seems very far for Juventus and with COVID-19 hitting the club’s finances, it will be difficult to bring in top players to partner the Portuguese with. Ronaldo’s best option seems seeking a move away in the summer and joining a club more capable of winning the Champions League.

(The above story first appeared on LatestLY on Mar 10, 2021 12:17 PM IST. For more news and updates on politics, world, sports, entertainment and lifestyle, log on to our website latestly.com).