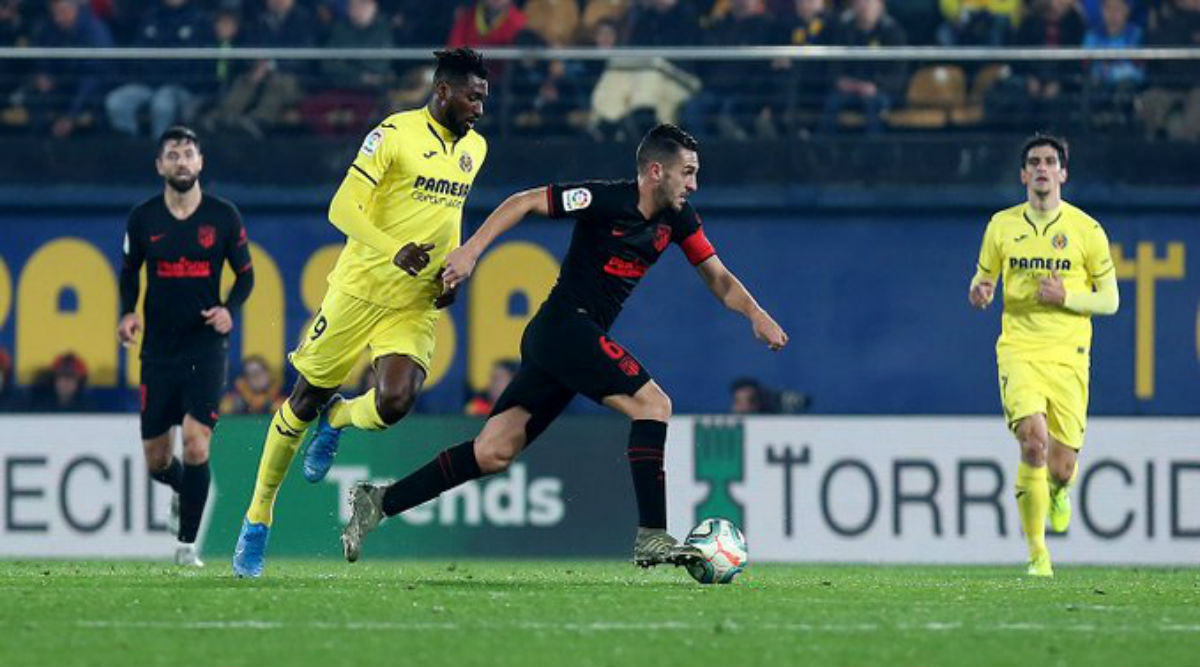 Madrid, December 7: Atletico Madrid's title hopes look to be all-but over after a goalless draw away at Villarreal on Friday raised further doubts about their progress under coach Diego Simeone.

It means by the time Simeone's side head into the Christmas break, the gap could have stretched to double figures and that will be hard to close, especially given they play both Barcelona and Real Madrid away from home in the second half of the season.

Asked if Atletico are too far adrift, Simeone said: "What worries me is winning games and then everything will look different."

But familiar failings in attack proved their undoing at la Ceramica, where Villarreal, who climb to 12th, were fully deserving of their point and could easily have snatched a victory too.

"It's normal that when you create so many chances without scoring, the players get anxious," said Simeone. "We have to stay calm."

Atletico came into the game with 25 points from their first 15 league games, their lowest tally at that stage since Simeone took charge in 2011.

Their remarkable title triumph three years later, not to mention two Champions League finals, means Simeone is still held in high-esteem but after an expensive summer, questions are being asked about the club's direction of travel.

Simeone has said this is a transition season for the team but there will be no excuses if they fail to make the last 16 of the Champions League on Wednesday. Only a win at home to Lokomotiv Moscow will guarantee their qualification.

Spain coach Luis Enrique was among those in the crowd treated to a frantic opening 20 minutes that offered chances for both sides as Villarreal's Samuel Chukwueze saw an early shot fly over and Gerard Moreno headed wide.

Joao Felix, signed for a record 126 million euros from Benfica last summer, looked Atletico's most likely source of a goal and he hit the post after a driving run through midfield before scooping high when he should have done better.

Villarreal were far from over-awed though and almost punished Renan Lodi for giving the ball away cheaply in midfield, only for Chukwueze again to blaze over.

Felix was at the heart of everything for Atletico going forward in the second half as he cut inside from the left but saw his shot palmed away and then then pulled back for Saul, who failed to finish.

Yet the best chance fell to Lodi with 10 minutes left as Felix picked him out with a cross to the back post. The ball bounced in front of Lodi but he could only cushion the ball high and over the crossbar.