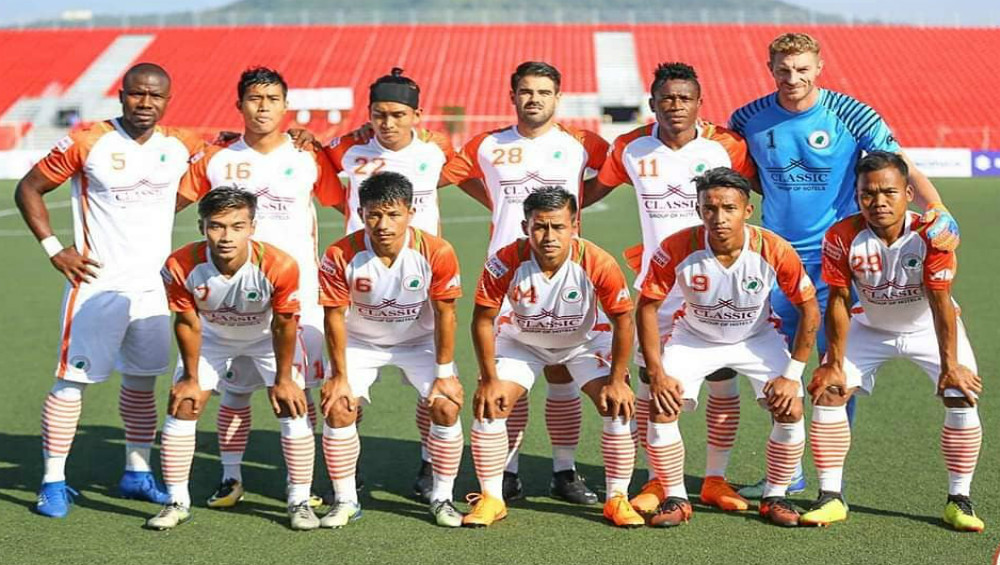 Imphal, January 22: Neroca FC will be hosting Kolkata giants Mohun Bagan at the Khuman Lumpak Stadium in Imphal on Thursday as the season approaches its half-way mark. There have been plenty of talking points from either side's campaign so far, but for different reasons. Mohun Bagan sit comfortably at the summit of the table while Neroca have struggled to find their feet. Despite their initial struggle, there has been a sense of calm amongst the Orange brigade -- not hitting the panic button and rightly so, with over half the season still left to play. The hosts will be walking into the match with a huge boost in morale following their home victory against Real Kashmir, which saw them climb up the table to sixth place.

A win against the league leaders would see them break into the top three, which would be an outstanding turnaround given that the Imphal-based outfit was in the dreaded relegation spot at the turn of the year. They have punched above their weight before and since their breakthrough into the top flight, Neroca's definition of crisis may have changed but not the man to lead them out of it. I-League 2019–20 Schedule for Free PDF Download: Check Full Hero I-League 13 Fixtures, Date, Teams and Time Table in IST with Venue Details of Football Tournament.

Gift Raikhan, Head Coach, Neroca FC, voiced his opinion ahead of the game and said, "The match will be very difficult for Neroca. They (Mohun Bagan) haven't lost in a while now. They are strong, experience-wise. Their marquee players are very good and their Indian players are very talented."

He added, "We have been inconsistent due to our lack of experience, but my team will improve with each passing day. As a team, we are going to fight until the end. The result will be there for everyone to see after the final whistle."

Mohun Bagan are now unbeaten in six games and on the back of a win in the all-important Kolkata derby, they are now three points clear of second-placed Punjab FC, with a game in hand and a resounding nine points ahead of their arch-rivals Quess East Bengal.

Kibu Vicuna, Head Coach, Mohun Bagan AC, shared his assessment and said, "The derby is behind us now. We are very happy with the result and the three points but we have been thinking about tomorrow's game ever since Monday. We know that it is going to be very difficult."

Taryk Samson in the Neroca backline will be going up against Nongdamba Naorem on the left, who has been nothing short of phenomenal this season. The likes of Chanso Horam, Siam Hanghal and Zodingliana Ralte in the middle of the park against Bagan's Spanish contingent of Joseba Beitia and Fran Gonzales next to Sheikh Sahil serving as the anchor will constitute for some enticing duels in what could potentially be a thoroughly entertaining affair. Irrespective of the outcome of the game, the Khuman Lumpak attendees are in for a good afternoon of football.