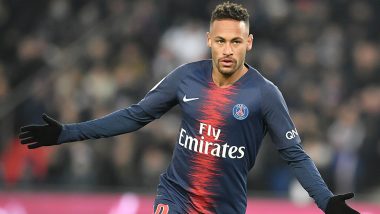 For a while now, there have been rumours about Neymar Junior wanting to make a comeback at Camp Nou. There were rumours about Lionel Messi also wanting Neymar back into the squad after they bought Antoine Greizmann last summer. Cut to present, Barcelona who won the game against Getafe 2-1 were in for a rude shock. The official Twitter account of the Catalan Giants was hacked and the hackers claimed that Neymar Jr was going to make a comeback to Camp Nou. Antoine Griezmann and Lionel Messi Pair up to Net the First Goal For Barcelona Against Getafe (Watch Video).

A group of hackers called 'OurMine' made the comment and set the Internet buzzing as they claimed to have read the private conversation of the Catalan Giants. “Well, we read some private messages and it looks like Neymar will be back here” the hackers tweeted from Barcelona's hacked account.  A snap of Neymar’s kit was also shared on social media. Check out the picture below: 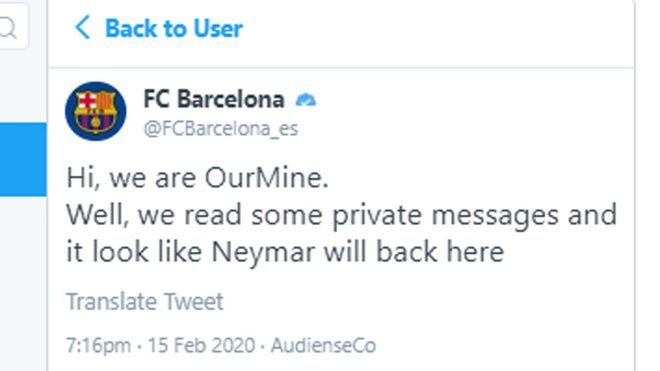 The official account of Barcelona shared a tweet and said that their accounts were hacked. The team will launch a cyber audit for the same.

FC Barcelona will conduct a cybersecurity audit and will review all protocols and links with third party tools, in order to avoid such incidents and to guarantee the best service to our members and fans. We apologise for any inconvenience this situation may have caused.

(The above story first appeared on LatestLY on Feb 16, 2020 04:45 PM IST. For more news and updates on politics, world, sports, entertainment and lifestyle, log on to our website latestly.com).