Croatia need to win this game to avoid relegation from the group as they are tied on points with Sweden. Fernando Santos might bench some of his regular stars such as Cristiano Ronaldo, Joao Felix and many others to give them a break. 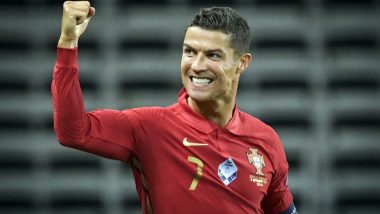 Croatia will take on Portugal in the final league game of UEFA Nations League 2020-21. The encounter takes place at the Stadion Poljud Stadium in Split on November 18 (early Wednesday morning). After defeat to France, Portugal couldn’t make it to the playoff stage, and with second spot in the group confirmed, manager Fernando Santos could give fringe players a chance which could see regular starters get a deserved rest amid this busy period. Croatia vs Portugal Head-to-Head Record.

Portugal have been playing some good football but the loss against France and a poor head-to-head record against the Les Blues in the group means they won’t be able to defend their Nations League crown. However, Croatia need to win this game to avoid relegation from the group as they are tied on points with Sweden. Fernando Santos might bench some of his regular stars such as Cristiano Ronaldo, Joao Felix and many others to give them a break. Luka Modric, Mateo Kovacic and Other Players to Watch Out for in CRO vs POR UEFA Nations League 2020–21 Football Match.

The Juventus superstar was tested positive for coronavirus last month and only returned back to action three weeks ago. Following his return, Cristiano Ronaldo has taken part in five games in over two weeks' time. With this game being a free-git for Portugal, manage Fernando Santos could start the 35-year-old on the bench, bringing him on later. Cristiano Ronaldo Sweats It Out in Training Session Ahead of Croatia vs Portugal Clash in UEFA Nations League 2020–21.

But Cristiano Ronaldo chasing a record as he looks to catch Ali Daei for most goals scored in international football. The Portuguese has scored 102 goals for his national team and with Croatia in poor form, the Juventus man will fancy his chances of getting himself on the scoresheet to cut the gap on the all-time record and will be hoping to feature from the start.

Portugal have a good record against Croatia, winning five of their six encounters and will be hoping to continue that run. However, Cristiano Ronaldo has scored just once against the Croats and will look to add to his tally.

(The above story first appeared on LatestLY on Nov 17, 2020 05:55 PM IST. For more news and updates on politics, world, sports, entertainment and lifestyle, log on to our website latestly.com).