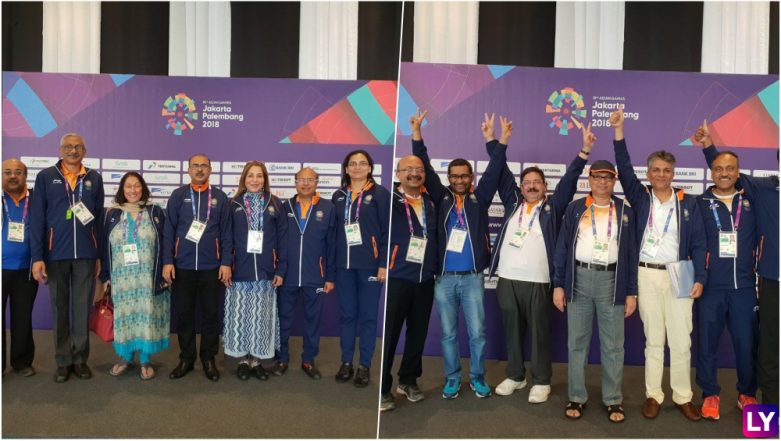 India’s medal tally in Jakarta Palembang 2018 Asian Games boasts of two bronze medal won in the debut sport of bridge. The men’s team and mixed team had ensured India of two medals after making to the semi-finals on Saturday. On Day 8 of Asian Games, both teams failed to make to finals of respective categories and settled with bronze medals. Nevertheless, their efforts meant a lot to the nation with Prime Minister Narendra Modi lauding their incredible performance in Indonesia.

Taking to his official Twitter handle, Narendra Modi congratulated the two teams from India. He writes, “Seems like a great day for the Bridge Team! Our Men’s team wins a Bronze and so does our Mixed Team. Congratulations to the contingent. #AsianGames2018”. He also shared pictures of bronze medallist groups who were beaming up with joy. Catch Asian Games 2018 Live News Updates: India Hopes to Increase Medal Count on Sunday.

Seems like a great day for the Bridge Team! Our Men’s team wins a Bronze and so does our Mixed Team. Congratulations to the contingent. #AsianGames2018 pic.twitter.com/PgpQX8WAMJ

The top finishing team played the fourth team while the second and third took on each other in the semifinals. Both the losing semifinalists will win a bronze and India are assured of at least two bronze medals from bridge. In men’s team event, India and China were the losing finalists and were awarded with bronze medal while in mixed team event, India and Indonesia failed to make to the finals. The men’s team has an average age of 52 while the mixed team has 57. (Inputs from PTI).