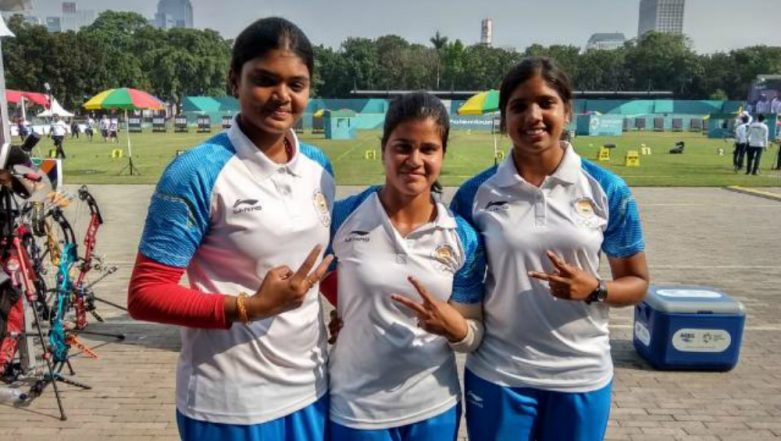 Earlier, the group had beaten Indonesia's Sri Ranti, Yurike Nina Pereira and Dellie Threesyadinda 229-224 in a pre-quarterfinal clash. The Indians lost the first set 56-57 before winning the second at 58-56 to take a one-point lead. They again went down in the third set 56-57 but a brilliant performance in the fourth and final set saw them win 59-54.