S Ravi did not notice when Lasith Malinga overstepped while bowling the last ball of a close match. Virat Kohli was not too happy after the television replays surfaced. 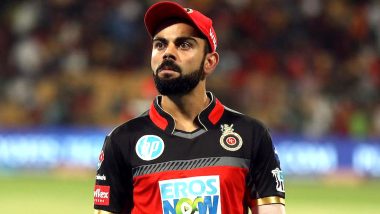 Royal Challengers Bangalore needed 17 off the last over that night, against Mumbai Indians at Bengaluru. Shivam Dube hit Lasith Malinga’s first ball over long off for six. Dube and AB de Villiers than ran four singles to bring the target to seven off the last ball. Malinga’s last ball was a yorker, off which Dube was unable to score, and Mumbai won by six runs. IPL Controversies- Part 28: Ravi Ashwin Mankads Jos Buttler in 2019.

The match ended, but replays revealed that Malinga had overstepped while bowling the last ball. Had umpire S Ravi noticed it, only would Bangalore have got an extra ball, but they would also have had to score six off the last ball (the free hit would probably not have mattered). IPL Controversies- Part 27: Chennai Super Kings Shift Base to Pune in 2018.

Bangalore captain Virat Kohli was visibly angry at the post-match presentation: ‘We are playing at IPL level, not club level … They should have been more sharp and more careful out there.’ Even Mumbai captain Rohit Sharma was not too happy.

Shortly after the presentation, Kohli barged into match referee Manu Nayyar’s room to complain over the quality of umpiring. Multiple reports suggested that Kohli even told Nayyar that he did not care about the repercussions of his act.

The matter remained unresolved. However, starting 2020, the television umpire was burdened with the additional responsibility of checking front-foot no-balls.

(The above story first appeared on LatestLY on Oct 15, 2021 04:55 PM IST. For more news and updates on politics, world, sports, entertainment and lifestyle, log on to our website latestly.com).