In IPL 2019, Ravi Ashwin of Kings XI Punjab Mankaded Jos Buttler of Rajasthan Royals. This caused a major stir among fans and pundits, dividing opinion in the cricket fraternity. 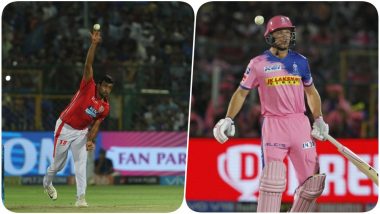 As the match hung in the balance, R Ashwin of Kings XI Punjab strode in to bowl at Sanju Samson of Rajasthan Royals at Jaipur. Ashwin seemed to roll his arm over and wait for a split second, during which non-striker Jos Buttler left the crease. Ashwin Mankaded Buttler, and the on-field umpires referred to television umpires Bruce Oxenford, who ruled Buttler out. As a furious Buttler left the crease, the cricket fraternity erupted, with the usual cries over ‘spirit of cricket’. MCC stepped in, acknowledging that Law 41.16, which dealt with such dismissals, was ambiguous in their clause. IPL Controversies- Part 27: Chennai Super Kings Shift Base to Pune in 2018.

But they also backed Oxenford’s decision: ‘Yesterday’s incident could have been ruled out or not out, depending on how “the instant when the bowler would normally have been expected to release the ball” is interpreted.’

Even Buttler, initially livid, admitted to ESPNCricinfo: ‘There is a bit of a grey area in that saying “when a bowler is expected to release the ball”. That is a bit of a wishy-washy statement.’ IPL Controversies- Part 26: Franchises Ban Steven Smith, David Warner After Sandpapergate Scandal.

Curiously, a day after their statement, MCC went ahead and called Ashwin’s pause had been ‘too long’ and not ‘within the spirit of cricket’.

Ashwin himself, on the other hand, called his act ‘instinctive’, and that he had no idea where ‘understanding of spirit’ came from under the circumstances. Of the many responses, the harshest came from Buttler’s England teammate James Anderson, who shredded a photograph of Ashwin.

(The above story first appeared on LatestLY on Sep 23, 2021 02:10 PM IST. For more news and updates on politics, world, sports, entertainment and lifestyle, log on to our website latestly.com).