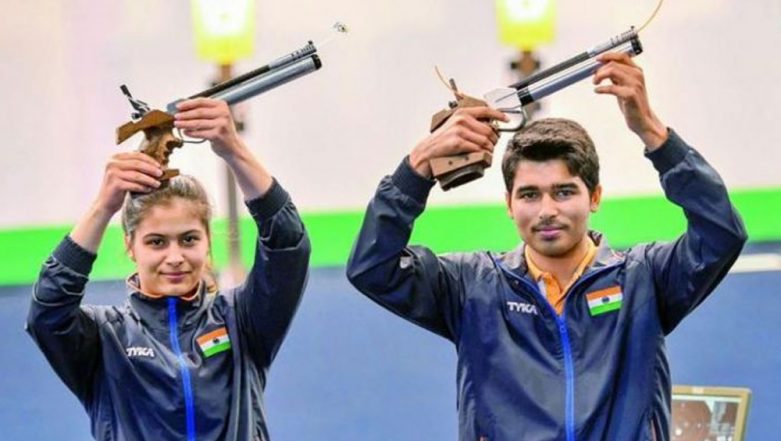 New Delhi, September 5: Fourteen Indian shooters will be participating at the upcoming World Cup Finals, scheduled to be held in Putian, China between November 17 and 23. As per an ISSF press release, athletes from 35 nations have qualified in the eight events after entries for each event have been increased from this year to 18 from earlier 12. ISSF World Cup 2019: India Grabs five Gold Medals in the Shooting Tournament.

"All of the participants in the individual events will also be able to take part in the 10m Air Rifle/Air Pistol Mixed Team events and challenge for the President's Trophy," the release stated. Among the 14 Indian shooters, Anjum Moudgil and Manu Bhaker are the only two to have qualified for two events. While Moudgil has made the cut in both the women's 10m air rifle and women's 50m rifle 3 positions event, Bhaker has qualified for the women's 10m air pistol and women's 25m pistol events. Across all four ISSF World Cup stages this year, India won 16 gold, four silver and two bronze medals in 2019.