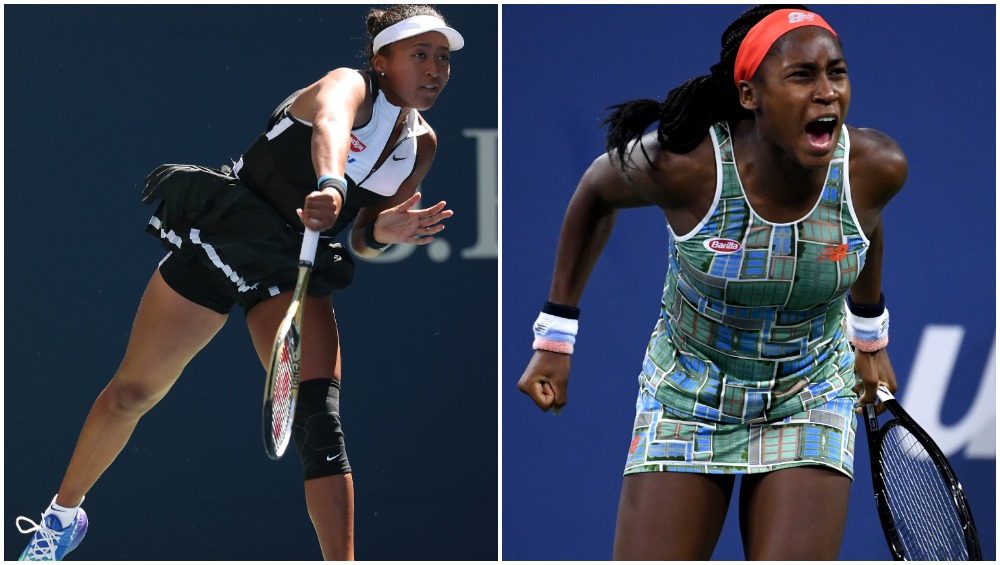 Naomi Osaka will rekindle her Grand Slam rivalry with teenage sensation Cori “Coco” Gauff in the third round of women’s singles in Australian Open 2020 as she defends her title at the Melbourne Arena. Osaka, seeded third at the Australian Open, stormed through to the third round with straight-sets wins over Marie Bouzkova and Zheng Saisai while her opponent Coco Gauff saw-off a 37-year-old Venus Williams in the first round before coming from a set down to beat Sorana Cirstea in the second. Meanwhile, fans searching for the live telecast, online live streaming and score updates of Naomi Osaka vs Cori Coco Gauff third-round clash in Australian Open, should scroll down for all information. Caroline Wozniacki Retires From Professional Tennis After Third-Round Defeat At Australian Open 2020.

Osaka handed Gauff a 6/3, 6/0 defeat when both these players last met in Grand Slam event at the same stage. It was, however, the camaraderie and Osaka’s humbleness in victory that roared through the Flushing Meadows. Her support for a young and teary-eyed Gauff, who had burst out after crashing out in her home event, put the Japanese on a pedestal, a Grand Slam title wouldn’t put. Both players will, however, be eager to outplay the other as they steps closer to lifting the season’s first major trophy – one searching for her first Grand Slam title another defending hers. Serena Williams Stunned By Wang Qiang in Australian Open 2020 Third Round.

Naomi Osaka vs Cori ‘Coco’ Gauff third-round match in women’s singles of Australian Open 2020 will be played at the Rod Laver Arena in Melbourne Park on January 24, 2020 (Friday). The match has a tentative start time of 01:30 pm IST (Indian Standard Time).

SonyLiv is the official OTT platform of Sony Pictures and will be live streaming the Naomi Osaka vs Cori 'Coco' Gauff third-round match in women’s singles of Australian Open 2020 for its online fans in India.

Gauff doubled her superiority over Venus Williams by ousting her again from the first round at the Australian Open. She had beaten the senior of the Williams' sisters at the same stage at Wimbledon last year. This is for the second successive time that Coco has made it through to the third round of a Grand Slam tournament post her feat at the US Open last year. She will hope to make it through the fourth round this time around. For Naomi, it is a matter of her title defence.