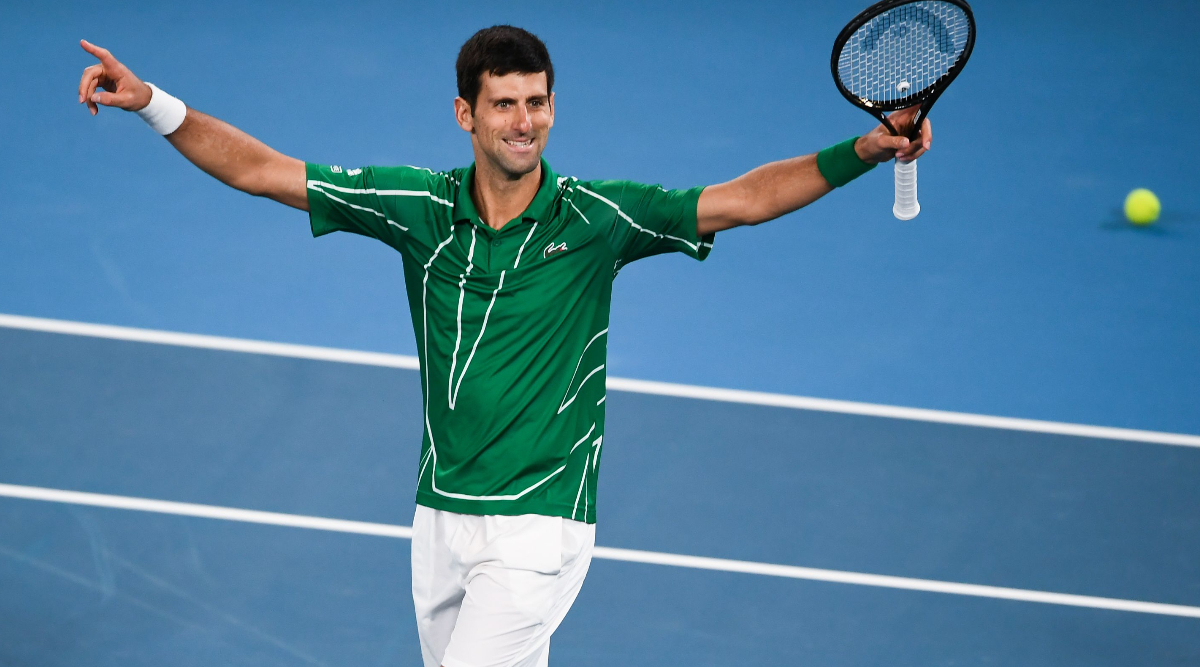 Novak Djokovic continued his winning streak in the finals of Australian Open. The Serbian had to fight hard in the five-set thriller against Dominic Thiem to win the AO 2020 men’s singles title 6-4, 4-6, 2-6, 6-3, 6-4. Djokovic defeated Thiem after being two sets down against one. The 32-year-old eventually won the last two sets to clinch his eighth Australian Open title. Sofia Kenin Wins Australian Open 2020 Women's Singles Title, Beats Garbine Muguruza to Lift her Maiden Grand Slam.

And for the first time, Djokovic recovered from 2-1 sets down in a Grand Slam final to emerge victorious. This is now Djokovic’s 17th Grand Slam (Eight Australian Open, five Wimbledon, three US Open and one French Open).

After downing Djokovic in two of first three sets, it appears Thiem is all set to clinch his maiden Grand Slam. However, Djokovic held the nerves to make a fine comeback. This is now Thiem’s third defeat in a Grand Slam final. He has lost French Open finals in 2018 and 2019.

Following the win, Djokovic congratulated Thiem for his performance as well. “I would like to start by saying congratulations to Dominic for amazing tournament. It wasn’t to be tonight but it was a tough match and you were very close to win it. You definitely have a lot more time in your career I’m sure that you will get one of the slam trophies... More! More than one.”