US Open 2019: Rohan Bopanna-Denis Shapovalov Advance to the Second Round, Leander Paes-Guillermo Duran Crash out in Doubles of the Tournament 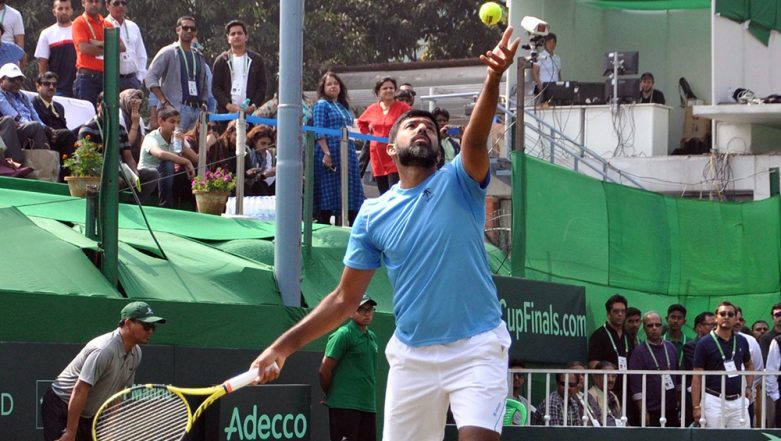 New York, August 31: It was a mixed day for India at the US Open as Rohan Bopanna advanced to the second round with his Canadian partner Denis Shapovalov while Leander Paes and his Argentine partner Guillermo Duran failed to progress after suffering a first-round loss in the men's doubles event. US Open 2019: Roger Federer and Novak Djokovic Win Their Third Round Matches, March into Round of 16 at Flushing Meadows.

Bopanna and Shapovalov defeated formidable fourth-seeded French pair of Pierre-Hugues Herbert and Nicolas Mahut 6-3, 6-1 in a match that lasted just 55 minutes. They will now face the Italian pair of Andreas Seppi and Marco Cecchinato on Saturday. In the other men's doubles match, Paes and Duran lost 5-7, 2-6 to Serbia's Miomir Kecmanovic and Norway's Casper Ruud to bow out of the competition.