Shetty, who led the protest, told reporters that the Kannada state flag is the symbol of pride for seven crore Kannadigas and Amazon has made a huge mistake by hurting the sentiments of millions across the world with its insensitive act. 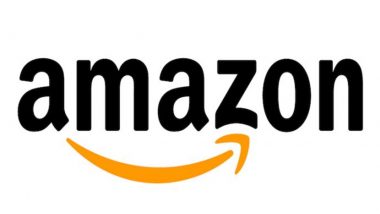 Bengaluru, June 5: Less than 50 hours after a massive furore against Tech giant Google, e-commerce giant Amazon too got caught up in a controversy as its e-commerce arms in Canada, United Kingdom, Japan and Mexican sites were found selling a Kannada state flag (Yellow and Red) bikini along with the state emblem on Friday.

This incident came to light when the Kannada Rakshna Vedike (KRV) Praveen Shetty camp protested and gave a call to boycott Amazon besides contemplating formally lodging a complaint with the state police.

Shetty, who led the protest, told reporters that the Kannada state flag is the symbol of pride for seven crore Kannadigas and Amazon has made a huge mistake by hurting the sentiments of millions across the world with its insensitive act.

A YouTuber MYNameis Madhu lashing out at the e-commerce giant said that this is the work of Amazon's country specific sites. "Amazon Canada has shocked the Kannadigas across the globe with their audacity of promoting sale of personalised Kannada flag coloured bikini. This has not just happened in Canada alone, they are selling the same product in the United Kingdom, Japan and Mexico too," he said. While Twiterrati Outrage Over Google Displaying Kannada as 'Ugliest Language In India, The search Engine Also Shows It As 'Queen of Languages In The World'.

The YouTuber added that the same e-commerce giant had stoked controversy in January 2017 by offering a doormat with the Indian flag for sale. "Then our leader Sushma Swaraj, who was the external affairs minister at that time, had dealt with this giant with an iron hand," he said.

Swaraj had sent out a strongly worded message to Amazon India representatives asking them to tender an apology for disrespecting the national symbol which hurt the sentiments of an entire country besides ordering Amazon to remove all the products insulting the national flag.

Ironically, these items were sold by CafePress apparently co-founded by an India-origin individual, Maheesh Jain.

On Thursday Google came under severe criticism after it produced a search result stating that Kannada was the ugliest language. After a backlash, Google had tendered an unconditional apology.

(The above story first appeared on LatestLY on Jun 05, 2021 10:02 PM IST. For more news and updates on politics, world, sports, entertainment and lifestyle, log on to our website latestly.com).