Google is facing a new multi-state antitrust lawsuit in the US that accuses the tech giant of abusing its market power to stifle competitors. 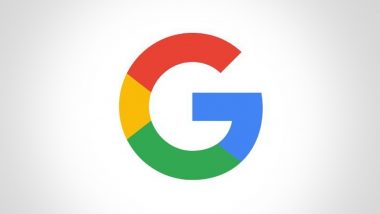 San Francisco: Google is facing a new multi-state antitrust lawsuit in the US that accuses the tech giant of abusing its market power to stifle competitors. The lawsuit, filed by a coalition of 37 attorneys general co-led by New York Attorney General Letitia James, alleged that Google is forcing consumers into in-app payments that grant the company a hefty cut, reports TechCrunch. Google was yet to comment on the fresh lawsuit. Google, Facebook, Twitter Threaten to Quit Hong Kong Over Proposed Data Laws.

"Through its illegal conduct, the company has ensured that hundreds of millions of Android users turn to Google, and only Google, for the millions of applications they may choose to download to their phones and tablets," James said in a statement late on Wednesday. Worse yet, Google is squeezing the lifeblood out of millions of small businesses that are only seeking to compete," James added.

The bipartisan coalition of states allege that Google uses "misleading" security warnings to keep consumers and developers within its walled app garden, the Google Play store.

"Not only has Google acted unlawfully to block potential rivals from competing with its Google Play Store, it has profited by improperly locking app developers and consumers into its own payment processing system and then charging high fees," said District of Columbia Attorney General, Karl Racine.

In December last year, 35 states filed a separate antitrust suit against Google, alleging that the company engaged in illegal behaviour to maintain a monopoly on the search business. Earlier in October, the US Justice Department and 11 states sued Google for antitrust violations, alleging that it weaponised its dominance in online search and advertising to kill off competition and harm consumers. The lawsuit marks the US government's biggest move since its case against Microsoft more than 20 years ago. This comes after 15 months of investigation and could be the opening scene of more antitrust actions against other Big Tech companies.

(The above story first appeared on LatestLY on Jul 08, 2021 10:24 AM IST. For more news and updates on politics, world, sports, entertainment and lifestyle, log on to our website latestly.com).