Google allegedly used anti-competitive practices to "preemptively quash" Samsung's Galaxy Store in order to prevent it from becoming a viable competitor to its own Play Store, a new multi-state antitrust lawsuit in the US has claimed. 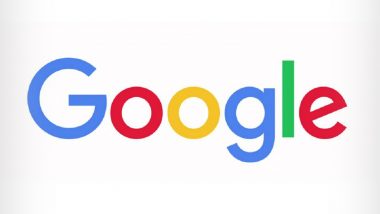 San Francisco, July 8:  Google allegedly used anti-competitive practices to "preemptively quash" Samsung's Galaxy Store in order to prevent it from becoming a viable competitor to its own Play Store, a new multi-state antitrust lawsuit in the US has claimed.

"Google felt deeply threatened when Samsung began to revamp its own app store, the Samsung Galaxy Store," the lawsuit alleged.

It described Google's approach to the competing Samsung Galaxy store as "a threat it needed to preemptively quash."

It then made "a direct attempt to pay Samsung to abandon relationships with top developers and scale back competition through the Samsung Galaxy Store."

In a blog post late on Wednesday, Google called it "a meritless lawsuit that ignores Android's openness."

"It is strange that a group of state attorneys general chose to file a lawsuit attacking a system that provides more openness and choice than others," said Wilson White, Senior Director of Public Policy at Google.

"This complaint mimics a similarly meritless lawsuit filed by the large app developer Epic Games, which has benefitted from Android's openness by distributing its Fortnite app outside of Google Play," he argued.

Google said that Android and Google Play provide openness and choice that other platforms simply don't.

"This lawsuit isn't about helping the little guy or protecting consumers. It's about boosting a handful of major app developers who want the benefits of Google Play without paying for it," the company emphasised.

The company said that as of February 2020, developers had earned over $80 billion through Google Play.

In December last year, 35 states filed a separate antitrust suit against Google, alleging that the company engaged in illegal behaviour to maintain a monopoly on the search business.

Earlier in October, the US Justice Department and 11 states sued Google for antitrust violations, alleging that it weaponised its dominance in online search and advertising to kill off competition and harm consumers.

(The above story first appeared on LatestLY on Jul 08, 2021 06:11 PM IST. For more news and updates on politics, world, sports, entertainment and lifestyle, log on to our website latestly.com).