Justice Minister Han Dong-hoon on Monday denounced a group of YouTubers who attempted to enter his house without notice the previous day as "political gangsters." 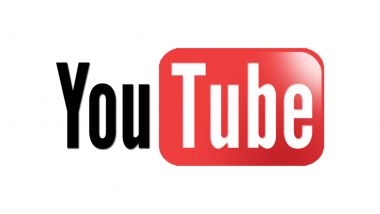 Seoul, November 28: Justice Minister Han Dong-hoon on Monday denounced a group of YouTubers who attempted to enter his house without notice the previous day as "political gangsters." Five officials of Citizen Press The Tamsa TV, a YouTube channel, went to Han's apartment in the southern Seoul ward of Gangnam on Sunday afternoon without an appointment or permission from the minister. YouTube TV Rollsout New Update That Adds Clock To Help Keep Track of Time.

They tried to open the door and looked at parcels placed there before leaving the scene one minute and 30 seconds later as there appeared to be no one home. At that time, only the minister's wife and child were reportedly in the apartment, reports Yonhap news agency.

Han reportedly filed a complaint with the police against the YouTubers later that day on charges of trespassing and retaliatory crimes. "These days, organs like The Tamsa TV seem to be playing the role of political gangsters. ... Can all illegalities be allowed if they are conducted in the name of news coverage?" Han told reporters on his way to his office in Gwacheon, just south of Seoul, on Monday morning.

Han and Citizen Press The Tamsa TV have been at odds, as the YouTube channel has been under a police investigation for tailing the minister for nearly a month on his way home from work this fall. YouTube Shorts Update : Soon Creators Can Use Minute-Long Licensed Music in Short Videos.

Their relations further deteriorated after the YouTube channel reportedly teamed up with Rep. Kim Eui-kyeom of the main opposition Democratic Party (DP) to allege in late October that Han had a late-night drinking party at a luxury bar in July with President Yoon Suk-yeol and 30 lawyers from Kim ? Chang, the country's top law firm. Police are said to have concluded that the luxury party allegations are groundless.

Regarding the allegations, the minister said the DP and The Tamsa TV had collaborated like politicians and political gangsters did in the past, and they have not apologized even though their allegations turned out to be false.

(The above story first appeared on LatestLY on Nov 28, 2022 04:59 PM IST. For more news and updates on politics, world, sports, entertainment and lifestyle, log on to our website latestly.com).