Slated to go official on March 9, the phone maker on Friday released a teaser on social media confirmed the launch date for Moto G10 Power and Moto G30. 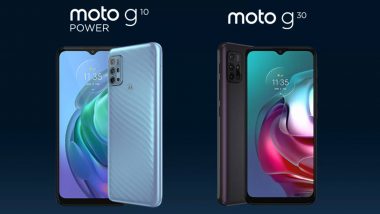 Motorola, the subsidiary of Lenovo is all set to launch new smartphones in India next week. Slated to go official on March 9, the phone maker on Friday released a teaser on social media confirmed the launch date for Moto G10 Power and Moto G30. Both the phones have been teased on Flipkart confirming that they will be sold online exclusively via e-retailer. It is important to note that both Moto G30 and Moto G10 were launched in Europe last month. However, we didn't see Moto G10 Power from the brand, so it could be a new offering altogether. Moto E7 Power With MediaTek Helio G25 SoC Launched in India.

Now capture stunning photographs and also view them on a gorgeous display with the all-new #SolidAllRounder, #motog30. Stay tuned as it launches on 9th Mar, 12 PM on @Flipkart. https://t.co/1Wx1CWkDGa pic.twitter.com/oiVuwqylEp

Both Moto G10 Power and Moto G30 smartphones will be launched in the country on March 9, 2021. The launch event is scheduled to commence at 12 pm. This information was confirmed by the company through its official Twitter account. As seen in the official teaser image, the front and back design of the phones can be seen clearly and confirms the presence of security focussed feature - ThinkShield. Moreover, the phones will offer a near-stock Android 11 OS experience.

From near-stock Android™ 11, ThinkShield security, long-lasting battery to high res-camera, the #AsliAllRounders have got it all covered. Stay tuned to greet #motog10power and #motog30 on 9th Mar, 12 PM on Flipkart. https://t.co/K5GvazRDXH pic.twitter.com/srUrmztZcJ 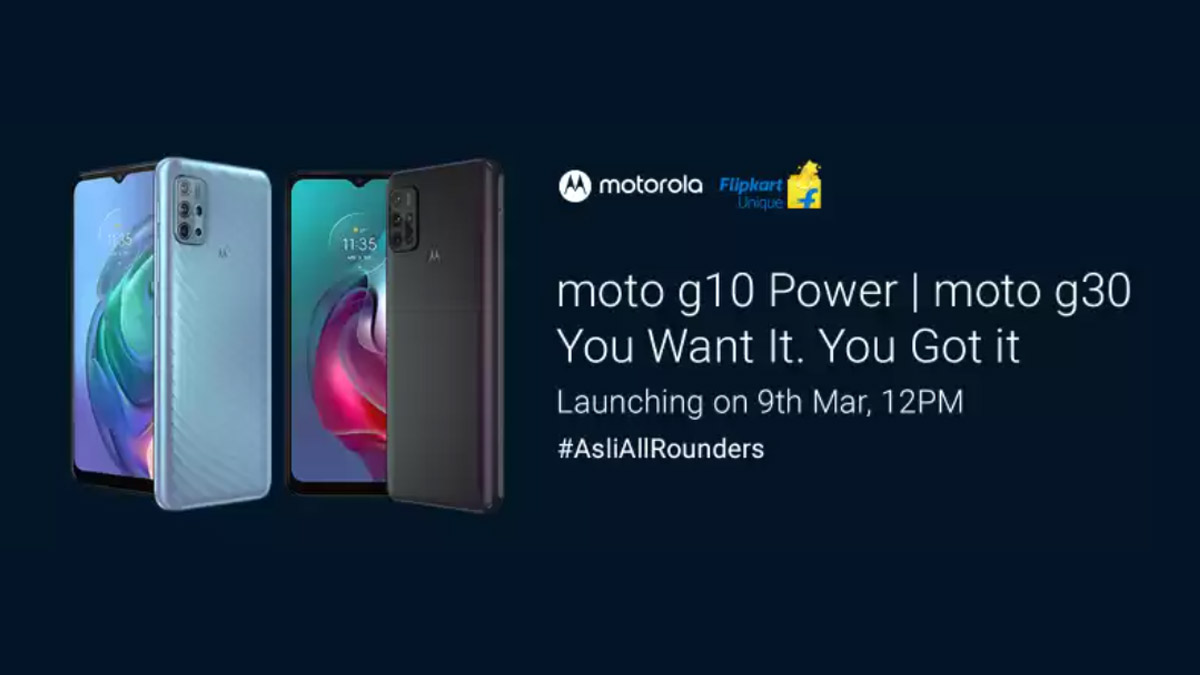 The phone maker is yet to reveal the specifications of the Moto G10 Power. Do note, the European-spec Moto G30 handset gets a 6.5-inch HD+ IPS display with a 90Hz refresh rate and 720x1,600 pixels of resolution. Under the hood, there will be a Qualcomm Snapdragon 662 SoC, which will be mated with up to 6GB of RAM and 128GB of onboard storage. It is backed by a 5,000mAh battery with 10W fast charging support.

(The above story first appeared on LatestLY on Mar 06, 2021 09:15 PM IST. For more news and updates on politics, world, sports, entertainment and lifestyle, log on to our website latestly.com).