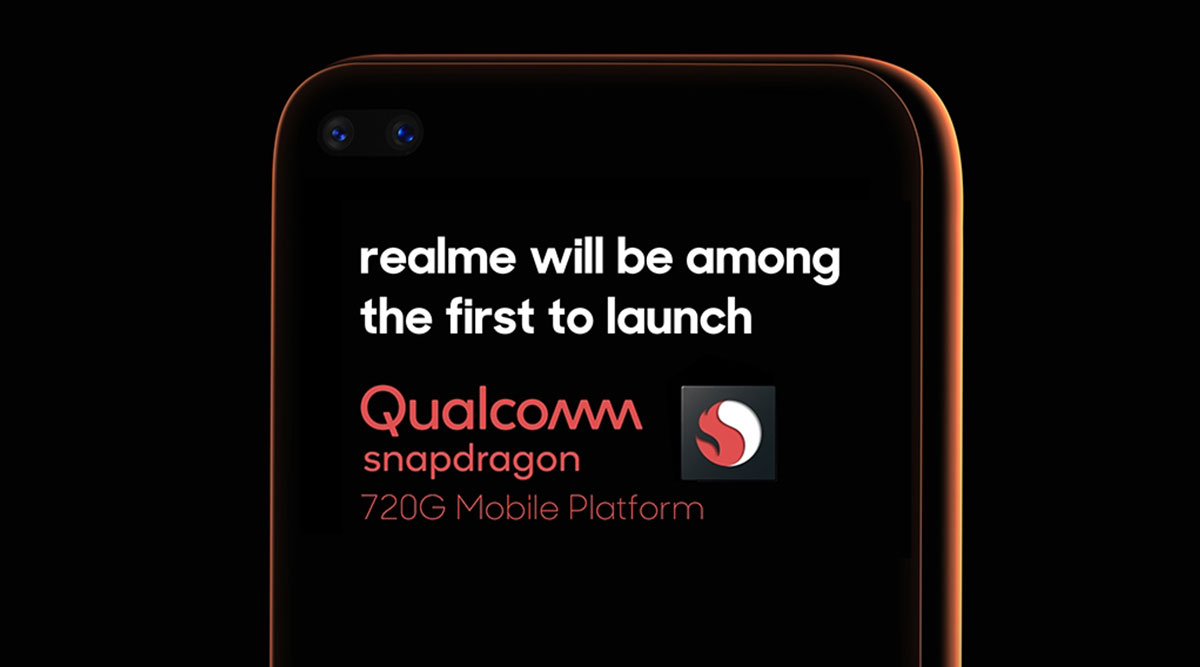 New Delhi, Jan 21: Chinese smartphone manufacturer Realme's CEO Madhav Sheth on Tuesday announced to launch a smartphone with the new Snapdragon 720G SoC (system-on-chip) in India. Speaking at the Qualcomm Summit here, Sheth said the company will be among the first smartphone brands in the country with this next-gen chip. "It's time for the big reveal! #realme will be among the first smartphone brands to launch the @qualcomm_in Snapdragon 720G in the upcoming smartphones," tweeted Sheth after the event. Realme 5i With Quad Rear Cameras Launched In India; Prices, Features, Variants & Specifications.

The company claims the latest chipset offers 60 per cent performance boost as compared to its predecessor. The Snapdragon 720G, which comes as the watered down version of the Snapdragon 730G, has Snapdragon X15 LTE modem with support for 3-carrier aggregation, 4x4 MIMO on two carriers, and 256-QAM modulation for download speeds up to 800Mbps.