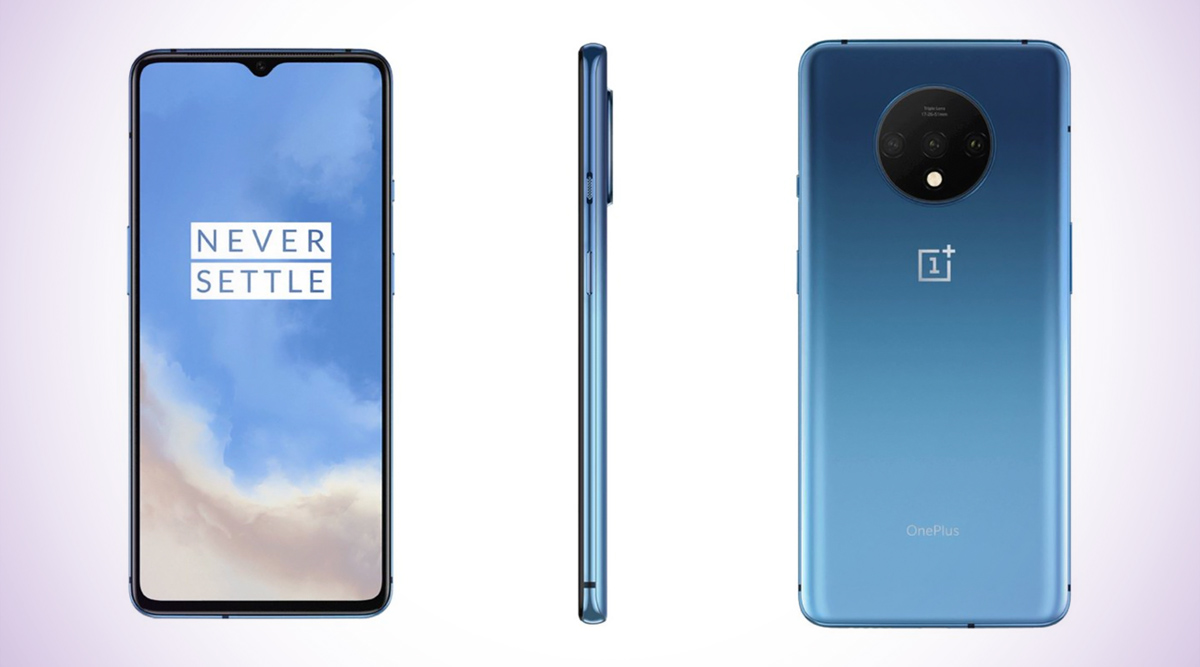 OnePlus is all set to unveil two new products for the Indian market today. The Chinese smartphone brand is expected to launch host of new products at the event scheduled to begin at 7pm IST. Going by the teasers and the leaked images, it is easy to guess that the brand would be launching the new OnePlus 7T Series and OnePlus TV today in India. The interested fans can watch the live streaming here. With less than 2 hours left for the launch event, the OnePlus 7T is believed to be one of the major launches for the brand unlike previous products. According to the company, the OnePlus 7T will get massive upgrades in terms of features and specifications. OnePlus 7T, OnePlus 7T Pro & OnePlus TV Launching Today; Watch Live Streaming & Online Telecast of OnePlus 7T Series India Launch Event.

Fluid 90Hz AMOLED Display: Firstly, we will be seeing a 90Hz Fluid AMOLED display on the regular OnePlus 7T  which will be borrowed from the OnePlus 7 Pro. With smoother visuals and animations on OnePlus 7T, the display with 90Hz refresh will add up to the user experience. The handset is expected to come with 6.5-inch FHD+ OLED screen with an in-display fingerprint sensor. However, the waterdrop notch upfront will remain untouched housing a 16MP selfie camera.

New Snapdragon chipset from Qualcomm: Apart from visual upgrades, OnePlus 7T will also get mechanical updates too. The handset is expected to get more powerful Qualcomm Snapdragon 855 Plus chipset. The company claims that the new chipset is capable of offering 15 percent more graphical performance and 4 percent better CPU performance.

Triple Rear Camera Setup: After bringing the triple rear camera setup to the OnePlus 7 Pro, the Chinese smartphone maker will be introducing a triple camera module on the OnePlus 7T. Moreover, a couple of OnePlus rivals have started rolling out flagship smartphones with Quad cameras. Hence, OnePlus doesn't want to be left behind in the race. Thus, OnePlus is possibly going with a triple camera system on OnePlus 7T. A leaked spec sheet hints that OnePlus might bring a similar camera system from as that of OnePlus 7 Pro. The OnePlus 7T is likely to get a 48MP primary sensor with a 12MP telephoto camera with 2X optical zoom and 16MP wide angle camera.

New Warp Charge 30T Technology: OnePlus is also expected to make some uniform changes to its products. And, we might see OnePlus 7T getting same technology as its bigger sibling. As per the leaks, the upcoming OnePlus 7T will be equipped with a slightly bigger 3080 mAh battery along with Warp Charge 30T support. The technology can fully charge the device within an hour.

OnePlus 7T Pro, on the other hand, has been teased by the phone maker on the international social media channels only. However, the Indian channels are hinting about the OnePlus 7T only. So, there are high chances that the Indian audience might get only OnePlus 7T as of now. OnePlus could launch the OnePlus 7T Pro in India alongside the global rollout. As far as the prices are concerned, there are no rumours in the market about the pricing. Considering the upgrades offered on OnePlus 7T, it is easy to speculate that smartphone could be priced around Rs 37,000 for the base variant.

The OnePlus TV will be the first Android Smart TV from OnePlus which is expected to feature a 55-inch QLED 4K bezel-less display. The Android TV from OnePlus will offer full access to Google's Play Store as well as OTT content from apps such as Eros Now, Hungama, and Zee5. The main highlight of the smart TV will be its unique design with slimmer bezel, Kevlar finish at the back and an attractive chrome-finish stand. It is important to note that these are mere speculations and the exact specifications will be revealed at the launch event.