Realme 5i Smartphone With 6.5-inch Mini-Drop FullScreen Display & 5000mAh Battery Launched in India at Rs 8,999; To Go on First Sale on January 15 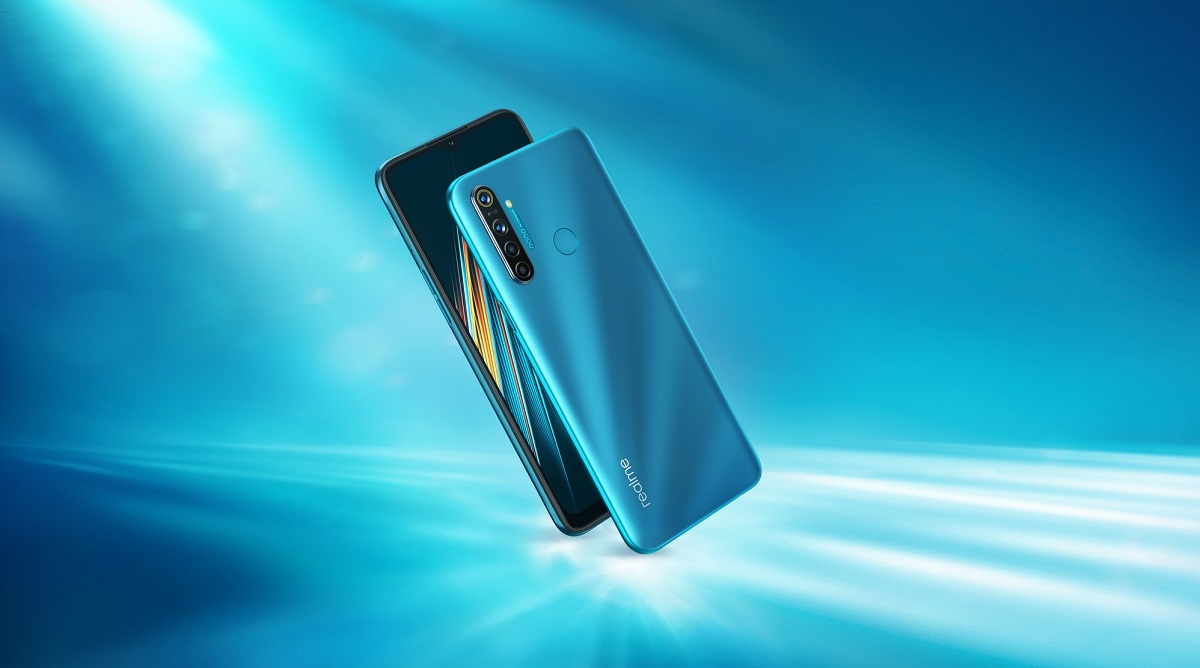 Realme's budget smartphone - Realme 5i is now official as the company has announced the prices for the handset. Dubbed as 'The Stylish Powerhouse', the new Realme 5i phone is priced at Rs 8,999 for the 4GB RAM variant. The handset is slated to go on the first sale on January 15, 2020, at 12 Noon via Flipkart and Realme.com. As a reminder, the phone was also launched in Vietnam last week at a starting price of VND 3,690,000. As a part of the launch, Realme has also collaborated with Cashify, MobiKwik & Jio to proffer customers with benefits worth Rs 7,550. LIVE Updates: Realme 5i Budget Smartphone Launched in India at Rs 8,999.

The smartphone comes in two exciting shades - Aqua Blue and Forest Green. Moreover, the company has rolled out the device in a single configuration bearing 4GB of RAM and 64GB of internal storage. However, the model launched in Vietnam comes in two versions - 3GB RAM and 4GB RAM.

As far as the specifications are concerned, the newly launched Realme 5i phone comes with a 6.5-inch Mini-Drop Fullscreen display with 720x1600 pixels of resolution. The phone flaunts its sunrise design, that is complemented by an aspect ratio of 20:9. Another exciting highlight of the device is that it offers reverse charging, wherein the users can turn the phone into a power bank. Under the skin, there is an octa-core Qualcomm Snapdragon 665 AIE chipset with 11nm technology that is clocked at 2.2GHz. The chipset comes mated with 4GB of RAM and 64GB of internal storage. The company is also offering a dedicated microSD card slot for memory expansion. Realme X50 5G Smartphone With Dual Front Cameras &#038; Snapdragon 765G SoC Launched.

In terms of optics, the phone comes incorporated with AI quad-camera setup at the rear. The module comprises of a 12MP primary camera with f/1.8 aperture along with an 8MP wide-angle lens with f/2.25 aperture supporting super nightscape. The remaining two sensors are 2MP cameras for portrait and macros images. At the front, there is an 8MP camera with an f/2.0 aperture with AI HDR and AI Beauty for selfies and video calling. The phone is backed with a massive 5000mAh battery with 10W fast charging support. The phone runs on Android Pie based on ColorOS 6.0.1.