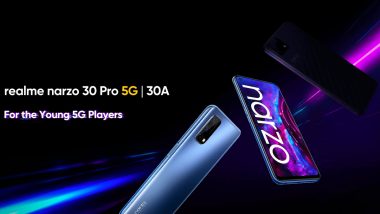 In terms of specifications, Narzo 30 Pro 5G device is expected to sport a 6.5-inch FHD+ display and a 120Hz refresh rate. 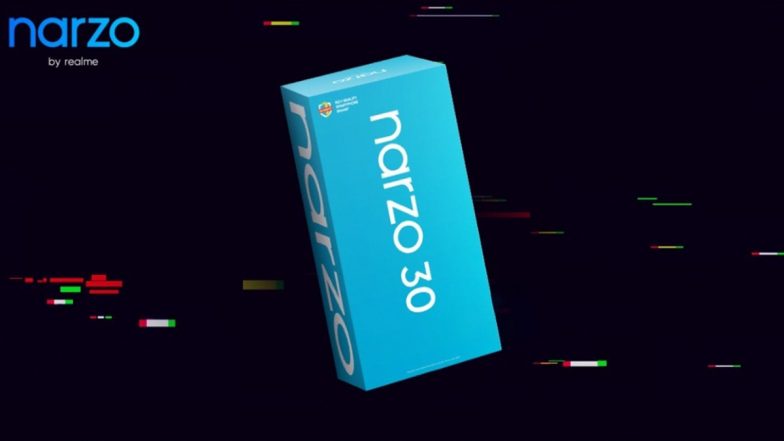 Launching tomorrow at 12:30 PM on our official channels. Don’t forget to set your reminders!🔔https://t.co/b8q6Bihst2 pic.twitter.com/SrA1gbY92d

The phone is confirmed to be powered by the MediaTek Helio 800U chipset. The handset could flaunt a 48MP quad rear camera setup and likely to come with 30W fast charging support. 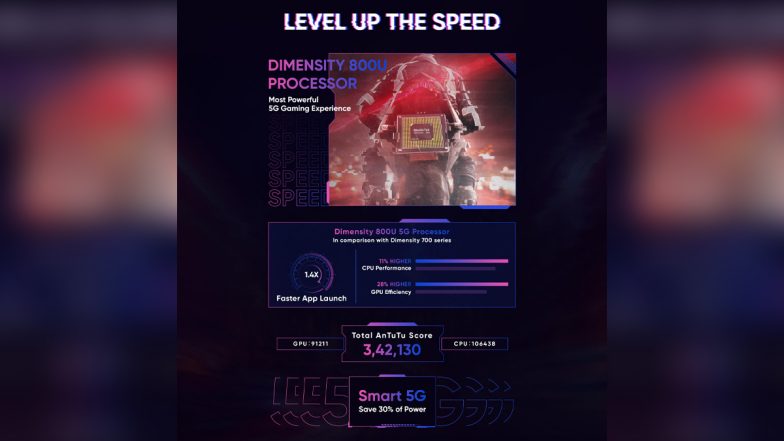 On the other hand, Narzo 30A will be a budget smartphone likely to be priced under Rs 10,000. Narzo 30A could feature a 6.5-inch waterdrop notch display and will be powered by MediaTek Helio G85 SoC. The phone is expected to be fuelled by a 6,000mAh battery with 18W fast charging support. Moreover, the handset might feature a dual rear camera system comprising a 13MP main shooter and an 8MP snapper. Coming to the pricing, Narzo 30 Pro 5G is likely to be priced under Rs 20,000 and will compete with Poco X3, Redmi Note 9 Pro Max and others.

(The above story first appeared on LatestLY on Feb 23, 2021 06:01 PM IST. For more news and updates on politics, world, sports, entertainment and lifestyle, log on to our website latestly.com).