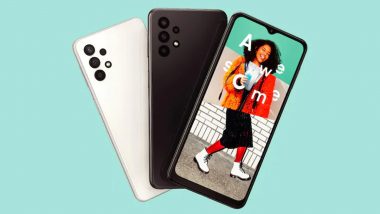 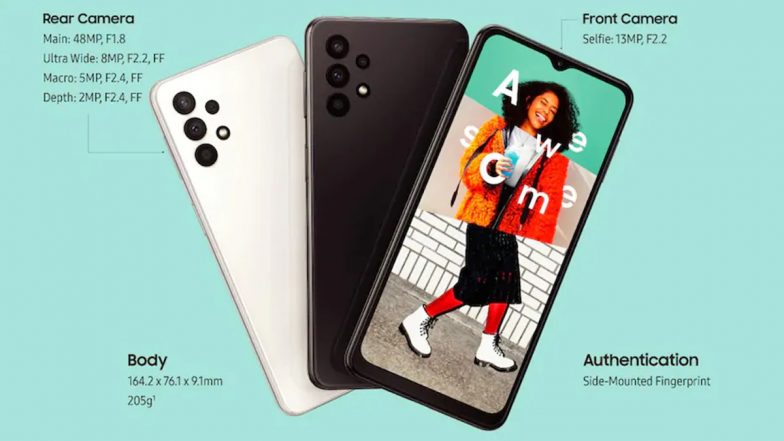 The listing doesn't reveal much information about the device. The phone has been already launched in the European market but it is unclear whether the 5G model Indian model would be similar to the European variant or not. Samsung Galaxy A32 is expected to feature a 6.5-inch HD+ Infinity-V display. The handset is likely come powered by an octa-core SoC with up to 8GB of RAM and up to 128GB of internal storage.

For photography, the handset will come equipped with a quad rear camera setup comprising a 48MP main shooter, an 8MP ultra-wide-angle lens, a 5MP macro shooter and a 2MP depth sensor. At the front, Galaxy A32 5G will sport a 13MP snapper for selfies and video calls. Coming to the pricing, Galaxy A32 is priced at EUR 279 (approximately Rs 25,000) for the 64GB variant. So we expect the India price of the device to be somewhere around it.

(The above story first appeared on LatestLY on Feb 25, 2021 04:28 PM IST. For more news and updates on politics, world, sports, entertainment and lifestyle, log on to our website latestly.com).