Samsung, Sony and Hitachi have invested in UK heathtech company Huma Therapeutics Limited in its latest Series C funding round with financing of approximately $130 million. 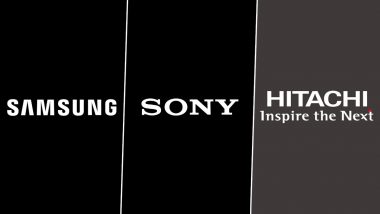 The investment will scale Huma's modular platform which can power digital ‘hospitals at home' nationally, and support the pharmaceutical and research industries to run the largest ever decentralised clinical trials, the company said in a statement.

The company said an additional $70 million can be raised at a later date as part of the Series C funding, taking the total financing to more than $200 million. The new investment will be used to expand Huma's digital platform in the US, Asia and the Middle East. Its digital ‘hospital at home' was co-created with clinicians and has been independently shown to almost double clinical capacity, reduce hospital readmissions by over a third and has patient adherence levels of over 90 per cent.

"We are excited to explore how the Huma platform and its digital biomarkers portfolio could work with the Samsung ecosystem for lasting impact in proactive care across hospitals, life sciences and population health initiatives," said Jonathan Machado, Senior Investment Director of Samsung Next.

"We're already demonstrating how ‘hospital at home' can transform healthcare, and how decentralized clinical trials can advance research in ways that weren't imaginable even one year ago. Now we want to accelerate the pace of change and continue to innovate for better care and research worldwide.," said Dan Vahdat, Founder and CEO of Huma. "The service is supporting governments' pandemic responses on a not-for-profit basis and is now used for a range of patients," the company said.

Huma works with leading life science companies including AstraZeneca, Bayer and Janssen and academic institutions such as Stanford Medicine, the Johns Hopkins Bloomberg School of Public Health and the University of Cambridge.

(The above story first appeared on LatestLY on May 12, 2021 12:39 PM IST. For more news and updates on politics, world, sports, entertainment and lifestyle, log on to our website latestly.com).