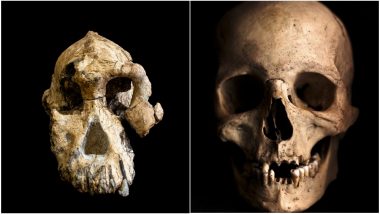 There is a lot of curiosity about human evolution and several other theories that have been recorded about it. Over the years, the evolution of a human from an ape has been a subject of so many studies. To add more to it, a 3.8-million-year-old skull of an early human was unearthed in Ethiopia. This finding puts more light on how the human skull must've evolved. This skull is known as "MRD," is remarkable as it said to be the direct ancestor of Lucy, the ancient ancestor of modern humans. This finding is really significant and thus we look into the evolution of human skulls.

The discovery took place on February 16, 2016, by researchers of the Woranso-Mille Paleoanthropological Research Project study in the Afar Regional State of Ethiopia. MRD skull was found about 34 miles north from where Lucy skull was discovered. MRD and Lucy's skulls determined that the two respective species-- Australopithecus anamensis and Australopithecus afarensis may have coexisted about  100,000 years ago. Findings of this specimen have been documented in the journal Nature. The lead author of the study, Yohannes Haile-Selassie called it a "really exciting moment," as this finding can fill in many gaps in human evolution. Is This The Perfect Human Body? BBC Re-Imagines Humans With All The Evolutionary Advantages, But It’s Downright Scary!

Here's a Video on Evolution of Human Skull:

This skull is said to be likely belonging to a male according to Beverly Saylor, the author of the study. It is a game-changing finding as it reveals about coexisting of two species. It challenges some previous theories about evolution too. Earlier scientists thought it was one species evolving into the another (A. anamensis into A. afarensis). This skull belongs to a grown adult with projected cheekbones, prominent jaw, flat nose and a narrow forehead. It challenges the fact that there was a linear way of evolution. It is now driving researchers to understand how early human evolved.

(The above story first appeared on LatestLY on Aug 30, 2019 02:07 PM IST. For more news and updates on politics, world, sports, entertainment and lifestyle, log on to our website latestly.com).