A class-action law suit has been filed against the e-commerce giant, Amazon.com Inc in the US District Court for the Southern District of New York on Thursday, as per reports. Amazon has been accused of over charging for the e-books hosted on its platform in collaboration with the biggest US publications. 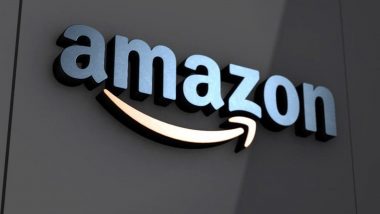 As per reports, the class-action suit claims that the e-commerce giant in collusion with the 'Big Five', the five biggest publishers in the United States agreed to follow the policy of price restraints that makes the buyer to pay more for e-books purchased from them through a retail platform other than Amazon.com, reported Reuters. 'Amazon Academy' Launched to Aid students with JEE Preparations.

It further claimed that almost 90 per cent of the e-books or digitalised books are sold in the country by Amazon through its website, making it the largest sellers of e-books, adding that the Big Five has also been involved in similar litigation before.

Steve Berman, Managing Partner of Hagens Berman, the law firm that is representing consumers, told Reuters, "Amazon’s behavior is astonishingly brazen, especially in light of past litigation and recent government actions in the U.S. and abroad.” “Time and again, Amazon’s response to competition is not to compete on a level playing field, but to try to eliminate the competition – and that’s not how things are supposed to work,” added Berman.

(The above story first appeared on LatestLY on Jan 15, 2021 12:50 PM IST. For more news and updates on politics, world, sports, entertainment and lifestyle, log on to our website latestly.com).