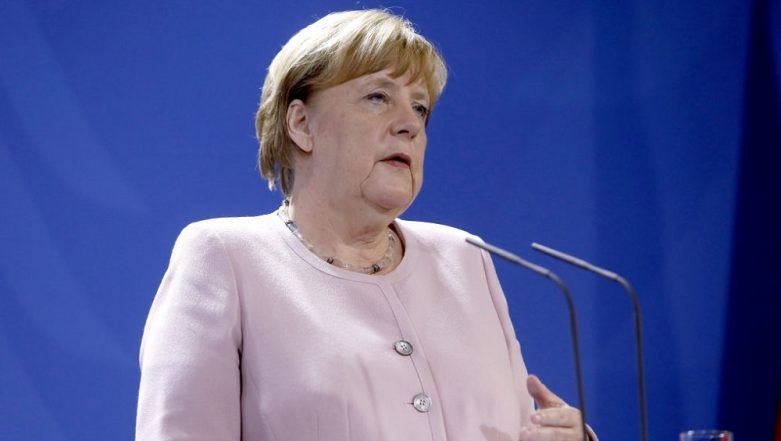 Berlin, June 19: German Chancellor Angela Merkel raised health concerns after she was seen visibly shaking during a ceremony in Berlin to welcome new Ukrainian President Volodymyr Zelensky on Tuesday. Standing alongside Zelenskiy in the sweltering heat while a military band played the national anthems of two countries outside the chancellery, the German chancellor shook violently for about a minute.

The incident apparently passed without further mishap as once the anthems had died down, Merkel took a moment to greet military band and then proceeded inside the building quickly, reported Sputnik news agency. Asked later about the trembling incident, Merkel smiled and responded, "Since then I've drunk at least three glasses of water, which I apparently needed, and now I'm doing very well."

64-year old Markel is one of Europe's longest-serving leaders. She was elected as Germany's chancellor in 2005 and has since retained the office. Angela Merkel and Other German Politicians Targeted in Mass Data Attack.

Markel has topped Forbes' list of 100 most powerful woman for eight consecutive times.In October, last year, Markel, who has led Germany's centre-right Christian Democratic Union (CDU) for 18 years, announced that she would not seek re-election when her term expires in 2021.