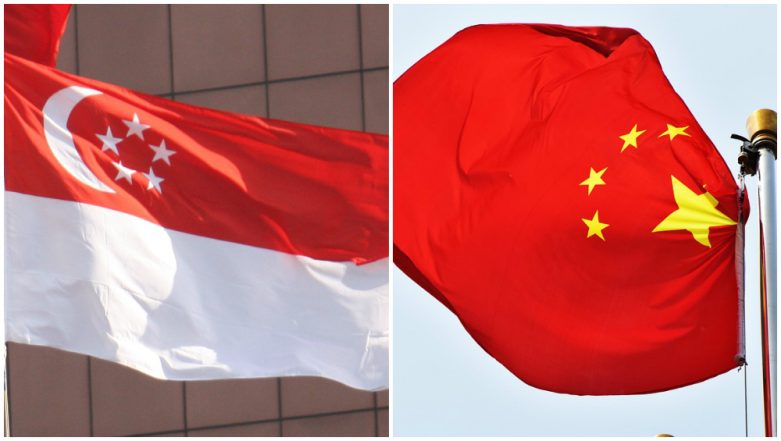 China, April 9: Singapore and China signed a fresh Memorandum of Understanding (MoU) on Sunday, in a bid to intensify co-operation between the two countries in foreign markets along the Belt and Road Initiative (BRI). According to The Strait Times, markets and sectors of mutual benefits will be outlined by the Ministry of Trade and Industry (MTI) of Singapore, Enterprise Singapore and China's National Development and Reform Commission (NDRC), who will also organize business activities to promote co-operation between companies from both the nations.

The National Development Minister of Singapore, Lawrence Wong, and NDRC vice-chairman Zhang Yong signed the MoU in the presence of Prime Minister of Singapore Lee Hsien Loong, who is on a five-day visit to China, and Chinese Premier Li Keqiang at the Diaoyutai State Guesthouse in the Chinese capital. The MoU includes agreements for a joint training of officials from the BRI countries, along with provisions to improve infrastructural and financial connectivity and third-party collaborations. "We hope to make further efforts towards deepening and enhancing our cooperation bilaterally as well as with the region," said PM Lee. Premier Li said the deepening of China-Singapore ties was "beneficial to both sides, and also the development of China-ASEAN relations".

"Singapore's strength as a key infrastructure, the financial and legal hub in the region will add value to Chinese companies expanding along the Belt and Road," said in a separate statement the Minister for Trade and Industry of Singapore, Lim Hng Kiang. The BRI mega-project is a plan to connect around 68 countries across Europe, Asia and Africa through a network of infrastructures such as roads, railways, ports and industrial hubs to recreate the ancient Silk Road network of trade routes connecting the East and the West, with China at the centre of trade and economic affairs.