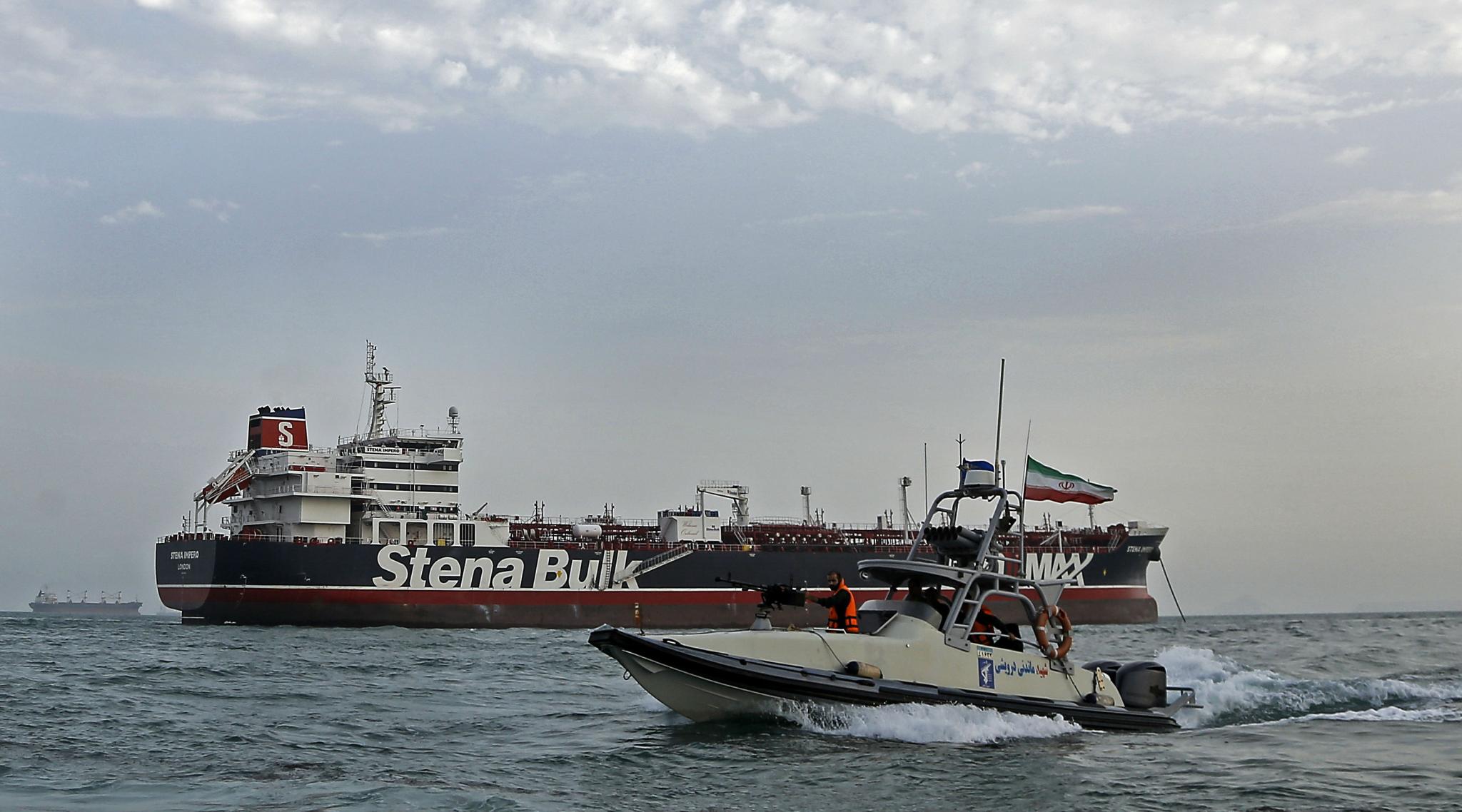 Tehran, September 27: The British-flagged oil tanker Stena Impero, which had been held off the Iranian port of Bandar Abbas for more than two months, set sail Friday, the provincial maritime organisation said. The ship's seizure was widely seen as a tit-for-tat move after authorities in the British overseas territory of Gibraltar detained an Iranian tanker on suspicion it was shipping oil to Syria in breach of EU sanctions. Tehran repeatedly denied the cases were related but a Gibraltar court last month ordered the Iranian tanker's release despite an 11th-hour US legal bid to keep it in detention. Iran Releases 9 Out of 12 Indians Held from Detained British Oil Tanker Ship.

"The Stena Impero started sailing from the mooring towards the Persian Gulf's international waters as of 9:00 am (0530 GMT) today," Hormozgan province's maritime organisation said on its website. "Despite the vessel's clearance, its legal case is still open in Iran's courts," the organisation added.

The Swedish-owned tanker's captain and crew have "given a written, official statement that they have no claims." Iran's state television website posted footage of the tanker discharging ballast water and said it was headed for the United Arab Emirates. Iran's Revolutionary Guards seized the vessel in the Strait of Hormuz on July 19 after surrounding it with attack boats and rappelling onto its deck.

It was impounded off the port of Bandar Abbas for allegedly failing to respond to distress calls and turning off its transponder after hitting a fishing boat.

Seven of its 23 crew members were released on September 4. Iran Says Fate of Seized Ship Depends On Crew ‘Cooperation’.

Tensions have risen in the Gulf since May last year when President Donald Trump unilaterally abandoned a 2015 nuclear deal between major powers and Iran and began reimposing crippling sanctions in a campaign of "maximum pressure". They flared again this May when Iran began reducing its own commitments under the deal and the US deployed military assets to the region.

Since then, ships have been attacked, drones downed and oil tankers seized.

In June, US President Donald Trump called off air strikes against Iran at the last minute after the Islamic republic's forces shot down a US drone. This month, twin attacks on Saudi oil infrastructure, which knocked out half the kingdom's production, drew accusations ogf blame not only from Washington, but also from its European allies. British Oil Tanker Seizure by Iran: All 23 Crew Members of 'Stena Impero' Are Safe and in Good Health, Says Iranian Official.

Tehran has denied any involvement in the attacks which were claimed by Iran-backed rebels fighting a Saudi-led coalition in Yemen. The US has since formed a coalition with its allies Australia, Bahrain, Britain, Saudi Arabia and the United Arab Emirates to escort commercial shipping in the Gulf. Tehran has warned that the planned US-led International Maritime Security Construct will cause more, not less instability and has proposed a rival security plan of its own.