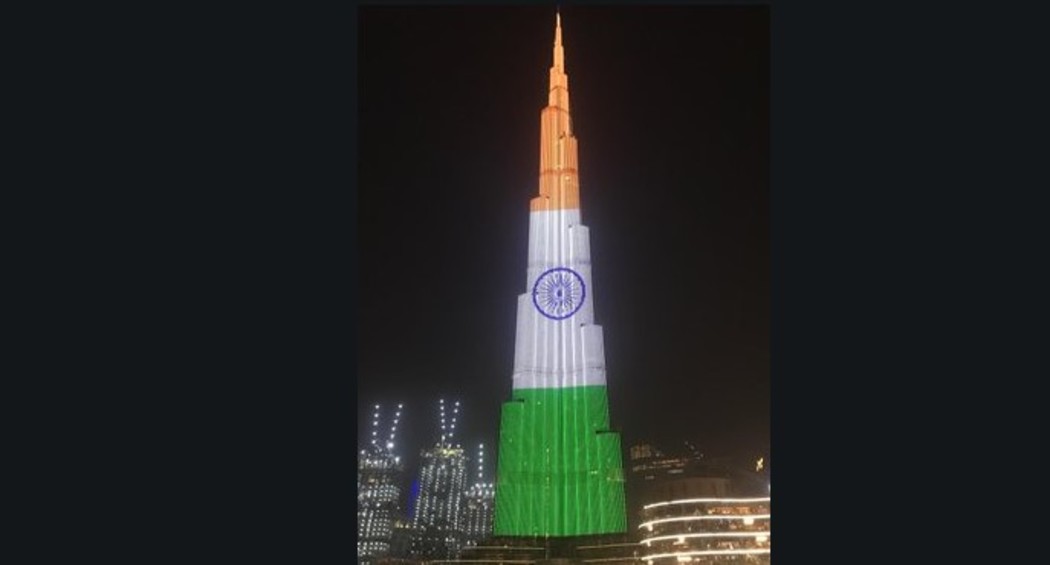 The colours of the Indian flag lit up the Burj Khalifa tower for two minutes at 8.10 pm on Sunday, the Khaleej Times reported.

"Dubai's @BurjKhalifa lights up in Indian flag colours to mark the country's 71st Republic Day, on Sunday, January 26," the Indian embassy said in a tweet. According to the India's consulate in Dubai, thousands of Indian expats thronged the Burj Khalifa to witness their country's flag lighting up the tallest building in the world, the Gulf News reported. Republic Day 2020 Date & History: Significance and Celebrations Associated With 71st R-Day of India or Gantantra Diwas on January 26.

Hundreds of Indian expatriates took part in cultural events organised by the Indian missions in the UAE on Sunday. Indian Ambassador to the UAE Pavan Kapoor hoisted the national flag at the embassy premises in Abu Dhabi.

Consul General of India in Dubai, Vipul hoisted the flag at the Indian consulate.

The Burj Khalifa also displayed the colours of the Australian national flag as the country's national day also fell on January 26.