Republic Day is also widely celebrated in schools, colleges and various state-organisations, where we see everything from the traditional flag hoisting ceremony to inter-school/college parades and marching competitions and more. The state government also organises Republic Day parades on a smaller scale. 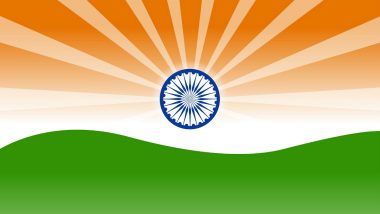 Republic Day is one of the three national festivals in India with Independence Day and Gandhi Jayanti being the other two. Every year, come January 26, we enjoy the national holiday where we once again flutter with pride as our national flag is hoisted, marvel at the heritage and culture that is put on the forefront in the Republic Day Parade and enjoy some quality time with our family. However, how often do we wonder what Republic Day or R-Day of India or Gantantra Diwas means? Though India got its independence from the British Rule on August 15, 1947, it was not until the next 2-3 years that the citizens got the right to choose their leaders. Republic Day marks the Inception of the Constitution, which provides different rights to their citizens. And on January 26, 2020, India will be celebrating its 71st Republic Day of India. As we come together to celebrate this annual observance, here is everything you need to know about India's Republic Day, its significance and history. 12 National Symbols of Incredible India & Their Importance That You Should Know.

When Is Republic Day Celebrated in India?

Republic Day is observed on January 26 every year, since the Indian Constitution came into effect on January 26, 1950. It is a national holiday across the country, and people in all realms of life celebrate our nation's achievement with pride.

Why Is Republic Day Celebrated on January 26?

Republic Day, as the name suggests, is a celebration of India becoming an independent republic. While the Constitution was adopted by the Indian Constituent Assembly on November 26 1949, the official date on which it was brought into effect was chosen to be January 26. This date was chosen as it marked the anniversary of the day Indian National Congress proclaimed Purna Swaraj (Declaration of Indian Independence) in 1930. This was a monumental step in our country's fight against the British Raj, as it marked a unified opposition to the Dominion status offered by the British Regime.

When India got its independence from the British Rule, it did not have a constitution that gave rights to its citizens, or governed the public and maintained the overall harmony of the country. The then government adopted a modified colonial Government of India, 1935. However, a committee headed by Dr BR Ambedkar was set up to draft India's own Constitution that in its core had the essence of the country that we fought for. Dr Ambedkar, known as the Father of the Indian Constitution, along with committee members, put together the draft that was opened to the public for 166 days. After many moderations, deliberations and discussions, the Constituent Assembly signed the Hindi and English version of the Indian Constitution on January 24, 1950. Two days after this, the Constitution of India came into effect.

How Is Republic Day Celebrated in India?

Republic Day celebrations in India have been a grand affair since its inception in 1950. The most famous event on this day has to be the magnificent Republic Day parade that takes place in the country's capital. The Delhi Republic Day Parade is organised by the Ministry of Defence and begins from the Rashtrapati Bhavan gates and puts forth India's defence capabilities, cultural and social heritage and puts the diversity of the country on the forefront. Various states present their most unique cultural aspects and put forth a magnificent show for the spectators.

Republic Day is also widely celebrated in schools, colleges and various state-organisations, where we see everything from the traditional flag hoisting ceremony to inter-school/college parades and marching competitions and more. The state government also organises Republic Day parades on a smaller scale. Republic Day is a crucial celebration that highlights the role of the Indian Constitution in making our country what it is.

(The above story first appeared on LatestLY on Jan 22, 2020 03:00 PM IST. For more news and updates on politics, world, sports, entertainment and lifestyle, log on to our website latestly.com).