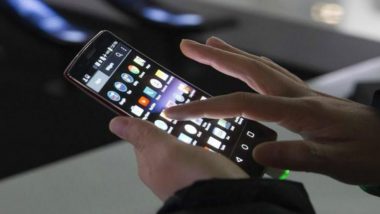 The fall in market share is due to COVID-19 supply chain disruption and growing anti-China sentiment in backdrop violent Galwan valley clash in which 20 Indian Army jawans were killed. Chinese brands like Oneplus, Oppo, Vivo and Realme had a commanding share in the world's smartphone market but their market share declined during April-June. US Closes its Consulate in Chengdu After China Ordered.

After the violent clashes, India in June banned 59 Chinese apps, including TikTok, Helo and WeChat. Another ban was imposed recently on 47 apps, which mostly contained clones or lite versions of the apps which were banned.

The US-China tensions have also escalated since President Donald Trump renegotiated terms of trade with the regime of his Chinese counterpart, Xi Jinping. The two nations entered in cold war-like situation after China withheld details about COVID-19 crisis.

Recently, the US closed Chinese consulate in Houston saying that China was "stealing" intellectual property. In a tit-for-tat response, China also ordered the closure of the US consulate in the south-western city of Chengdu.

(The above story first appeared on LatestLY on Aug 07, 2020 02:11 PM IST. For more news and updates on politics, world, sports, entertainment and lifestyle, log on to our website latestly.com).