Coronavirus Death Toll in Italy Surges to 7,503 After 683 New Deaths Reported in 24 Hours 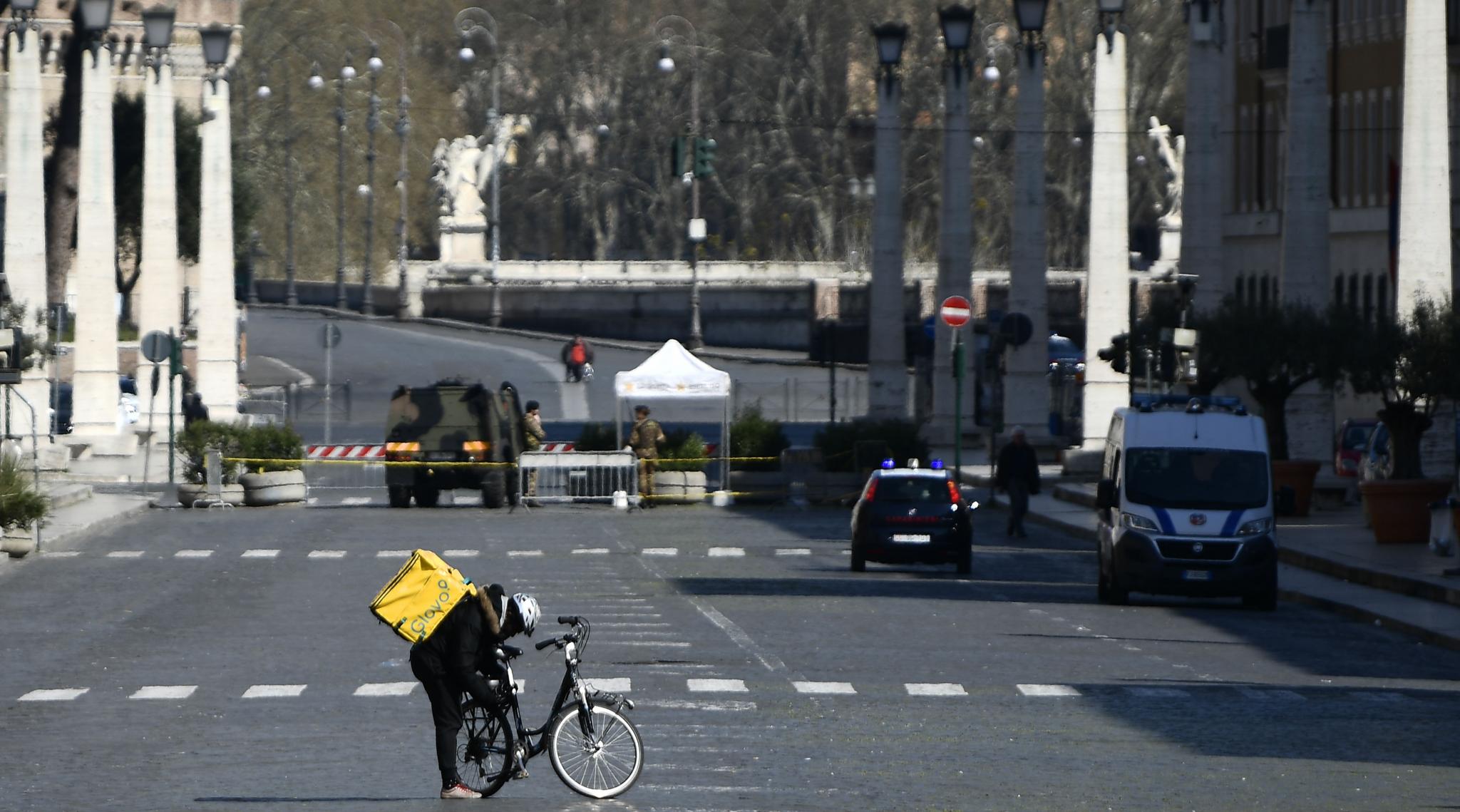 Rome, March 26: The coronavirus pandemic has claimed 7,503 lives in Italy, while the cumulative number of confirmed cases have reached 74,386, Italian authorities said.

Active infections grew by 3,491 cases on the daily basis, bringing the total active infections to 57,521 since the epidemic broke out in the northern regions on February 21, the Civil Protection Department coordinating the emergency response said on Wednesday, Xinhua reported.

Among the people positive to the coronavirus, some 30,920, asymptomatic or with slight symptoms, are currently under home confinement, and 3,489 are in intensive care, while the rest 23,112 are hospitalized in normal wards, the Civil Protection Department added. With a daily increase by 1,036 in the number of people cured, the total recoveries was 9,362, the latest data showed.

In terms of geographical spreading of the contagion, northern regions remained the most affected. Lombardy registered 20,591 active infections up to Wednesday, followed by Emilia Romagna (8,256), Veneto (5,745) and Piedmont (5,556).

In the daily press conference to update the situation, Civil Protection officials said epidemic trends seemed to meet expectations, and strongly appealed again to people to respect all rules and restrictions imposed by a nationwide lockdown that is going to be effective until April 3.

"We are in a phase of apparent stabilization, and we believe the number of infected people, or new cases, is consistent with the trend that the virus spreading has had in the country," Agostino Miozzo, coordinator of the Civil Protection's scientific-technical committee, told the press conference.

"This makes us to think it is absolutely crucial to keep respecting the measures of social distancing, if we want to see the curve stabilize and then decrease," he stressed.

In this regards, the World Health Organization (WHO) Assistant Director-General Ranieri Guerra on Wednesday told local media that Italy's epidemic might reach its peak this week.

"The slowing down in the pace of (contagion) growth is a positive factor, and in some (Italian) regions I believe we are getting close to the drop-off point of the curve," Guerra told private radio broadcast Radio Capital. Coronavirus Outbreak in Singapore: 3-Year-Old Indian Girl Among 73 New COVID-19 Cases, Tally Rise to Over 600.

"I believe this week and the first days of the next will be crucial, since these will be the moments in which the government's measures passed 15-20 days ago should find an effect, an impact," Guerra said.

Still on the emergency response to the epidemic, Civil Protection officials said that over 9,600 volunteers have been deployed across the country to assist police forces, army, and health system engaged against the epidemic.

A wide response in terms of solidarity was also arriving from citizens, who donated over 44 million euros ($47.8 million) to a special bank account opened by the Civil Protection Department, and devoted specifically to the emergency.

"So far, we have also put up some 720 tents for pre-triage outside hospitals' emergency rooms, which are very useful to detect and contain possible new cases," Luigi D'Angelo, Operative Director of the Civil Protection Department told reporters.

"Another 151 tents for pre-triage were set up inside prisons to monitor the situation among inmates," he added. Meanwhile, Italy's health professionals were paying a high price in this emergency. Fatalities linked to the COVID-19 included 31 doctors, of which at least five were family doctors who died in the last 24 hours, the Italian federation of general medicine physicians said on Wednesday.

Late on Wednesday, updating the parliament on all the emergency measures approved by the cabinet, Prime Minister Giuseppe Conte also addressed this aspect of the emergency.

"New doctors will be dispatched to the most affected hospitals in the next few days, and, as far as I know, a first group should have arrived already in the past hours," Conte told lawmakers. "We will also transfer some 500 nurses in the areas with the highest number of COVID-19 patients."