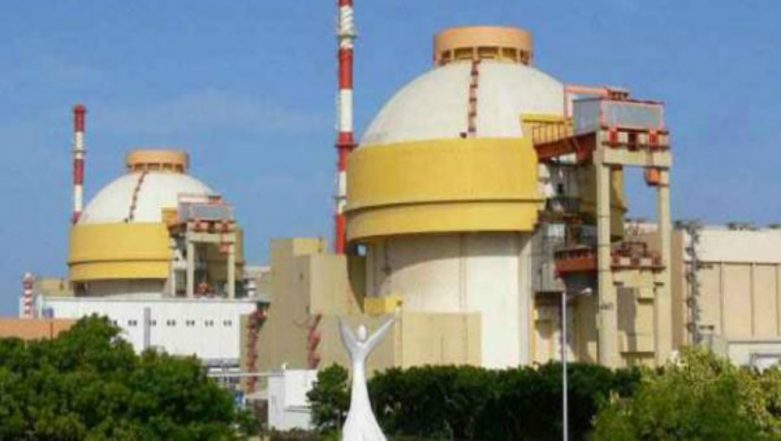 Paris, June 27: The 2015 Iranian nuclear deal, hailed at the time as a historic boost for regional peace, is unravelling before the eyes of its European backers who appear powerless in the face of US rejection of the accord, analysts say.

The United States, under the presidency of Barack Obama, was among the powers that clinched the deal. But in May 2018, Donald Trump declared he was abandoning the signature foreign policy achievement of his predecessor. European powers led by Germany and France have sought to salvage the deal but analysts say the accord appears all but doomed as the risk of military confrontation between Tehran and Washington grows. US Warns of More Sanctions, Iran Urges European Powers to Rescue its International Nuclear Deal.

Frustrated it was not getting the promised benefits of the deal following the US withdrawal, Iran last month said it would stop respecting the agreed limits on stockpiles of enriched uranium as well as those for heavy water.

"Everything was sealed after the decision by Donald Trump," Bruno Tertrais, deputy director of France's Foundation for Strategic Research (FRS), told AFP.

The 2015 accord promised Iran relief from international sanctions that had crippled its economy for years, in return for guarantees about the peaceful nature of its nuclear programme which Western powers fear could be used to make a bomb. The problem is that the global economy is so connected it is near impossible for European companies to deal seriously with Iran without incurring the wrath of the United States, analysts say.

EU companies are still haunted by the $8.9-billion fine handed to French bank BNP Paribas in June 2014 after it pled guilty to US criminal charges of violating sanctions on Cuba, Iran and Sudan for eight years.

"European companies are more globalised while the US policy under Trump is without any concession," said Tertrais.

EU officials have insisted the deal is not dead and have engaged in intense diplomacy with Tehran, despite an upsurge of tensions in the Gulf following the sabotage of tankers the US has blamed on Iran. President Emmanuel Macron's diplomatic advisor Emmanuel Bonne and German Foreign Minister Heiko Maas have both visited Tehran this month.

EU powers have sought to keep the nuclear deal alive with a special trade mechanism called INSTEX that would allow legitimate trade with Iran without falling foul of US sanctions. But it is not fully operational. "I would not say the deal is dead yet, but certainly it is in intensive care," said Annalisa Perteghella, research fellow at the Italian Institute for International Political Studies (ISPI).

"We are witnessing some efforts to resuscitate it but if I look at the future, I can't see it leaving the hospital safe and sound," she added. She said instruments such as INSTEX promoted by the European Union to revive the deal have "proven worthless in the face of the tremendous economic leverage the US still has on financial markets".

Even if key EU powers such as Germany were not sympathetic to Trump, they would in no way risk their own companies' exports to the United States for the sake of standing up to Washington, she said. In order to sway Trump, "you have a credible instrument for retaliation, and the EU, as of today, simply lacks it," she said.

Rakesh Sood, a former Indian ambassador and now distinguished fellow at the New Delhi-based Observer Research Foundation (ORF), said the nuclear deal was a test to see if the EU can be a serious political player with a credible foreign policy. "So far the record has been poor and all it has is an anaemic INSTEX to show for it," he said.

A diplomatic source in Vienna, the headquarters of the UN atomic agency, said Iran would not exceed on Thursday the uranium stockpile limit agreed in the deal, despite Tehran previously giving June 27 as the date. The source said there might be a "political reason" for this, given intensified efforts by European governments in recent days.

But while EU powers battle to show there is still life in the deal, scepticism is growing over whether it is just to keep up appearances. "Saying that we are going to keep the deal is right in principle but in reality, we cannot," former French foreign minister Hubert Vedrine told RFI radio.