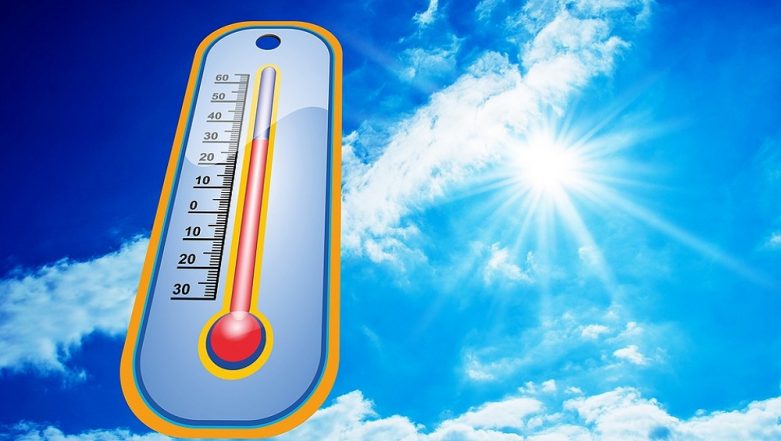 Madrid, June 28: A 17-year-old harvest worker has died from heat stroke in Spain, local authorities said, in the first known death related to the record heatwave currently raging in Spain and large parts of Europe.

The youth suddenly felt dizzy and took a dip in a swimming pool but suffered convulsions when he got out and collapsed, the regional government of Andalusia in southern Spain said. Heatwave Alert in Europe: Record-Breaking Temperatures Threaten to Surpass 40 Degrees Celsius.

He was rushed to the emergency ward in the neighbouring town of Cordoba, where "he died after undergoing a cardiac massage", it said in a statement.

Spain is currently experiencing a heatwave of temperatures of 40 degrees Celsius and more across most of the country, which is expected to last until Saturday.

Out of a total 50 Spanish provinces, 34 have issued fire warnings, notably in Catalonia where fire services are fighting to put out a blaze that has already burned 6,500 hectares (16,000 acres) of land.

Some 400 firefighters tackled the fire overnight, with planes and helicopters deployed in the morning to try and bring it under control.

The head of the Catalan interior ministry, Miquel Buch, advised the population to take "maximum precautions".