Hindi is 8th Most Searched Language for Learning in the World, Reveals Google on European Day of Languages 2018

Interestingly, Hindi ranks above Italian and Russian in the list. 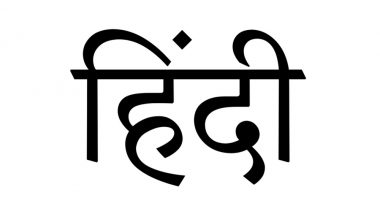 One of the biggest desires a human being has is to learn languages. Given a  choice, we would all like to speak as many tongues as possible. But even as it is almost impossible for everyone to be a polyglot, every once in a while, we all try to search about other languages. A Google report on Top Searched Languages Related to Learning in 2018 worldwide shows that Hindi is the eighth most searched language for learning.

Interestingly, Hindi ranks above Italian and Russian in the list. The list reveals that English tops the languages followed by Spanish, French and German. Japanese and Arabic rank fifth and sixth on the search list. Check the Tweet Below:

Thinking of learning a new language?

These are the top languages searched in relation to learning in 2018, worldwide. #EuropeanDayOfLanguages pic.twitter.com/t8Kv7ori9D

The use of Hindi has been growing in India as well as the world. According to a report on Hindi language released earlier this year, as part of Census 2011, the percentage of Indian population with Hindi as their mother tongue has increased to 43.63 per cent as compared to 41.03 per cent in 2001. Therefore, on this Hindi Diwas let us take a pledge to contribute our bit in promoting the rich language. Hindi Diwas 2018: Countries Other Than India Which Have a Huge Hindi Speaking Population.

(The above story first appeared on LatestLY on Sep 26, 2018 11:19 PM IST. For more news and updates on politics, world, sports, entertainment and lifestyle, log on to our website latestly.com).