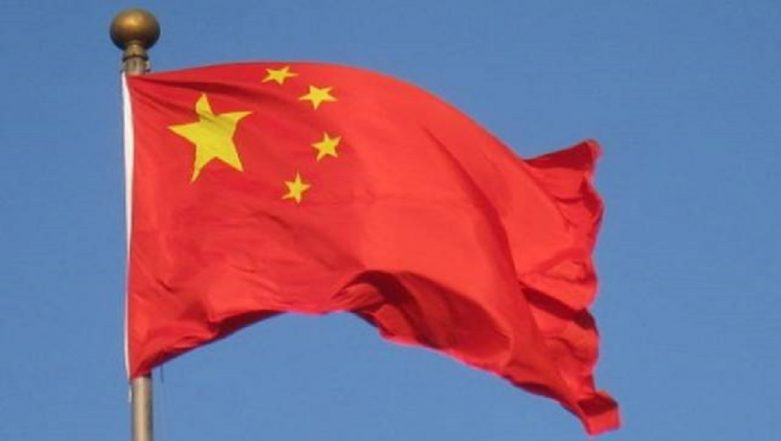 Wang also said post-Wuhan summit between President Xi Jinping and Prime Minister Narendra Modi, China wants to develop closer ties with India and forge ahead like the "Yangtze and Ganges" rivers despite Beijing's all weather ties with Pakistan. Pakistan Air Force F-16 Jet Shot Down By India After Trying To Violate Indian Airspace in Rajouri of Jammu And Kashmir.

Tensions between India and Pakistan escalated after a suicide bomber of Pakistan-based Jaish-e-Mohammed (JeM) killed 40 CRPF personnel in Jammu and Kashmir's Pulwama district in February 14.

India launched a counter-terror operation in Balakot on February 26. The next day, Pakistan Air Force retaliated and downed a MiG-21 in an aerial combat and captured its pilot, who was handed over to India on March 1.

"China hopes Pakistan and India will transform the crisis into opportunity and meet each other halfway," Wang said. He was replying to questions on the present India-Pakistan tensions following the Pulwama terror attack and how China plans to carry forward the spirit of last year's Wuhan summit between Prime Minister and President Xi.

"We advise both the parties to quickly turn the page and seek fundamental, long term improvement in their relations. When confrontation gives way to dialogue and disagreement are settled, we can create a better future through cooperation," he said.

Recent events focussed international attention on the India-Pakistan relations, he said stating that China played a constructive role to resolve the tensions between the two neighbours.

"China has stressed from the beginning the need to exercise restraint prevent an escalation, find out what has happened and resolve the matter through dialogue," Wang said adding that Beijing tried to play a mediatory role.

"In the meantime, country's sovereignty and territorial integrity should fully respected. China followed these principle in its mediation and played a constructive role in defusing the tension”, he said.

His visit coincides with the US, the UK and French application in the 1267 counter terrorism committee of the UNSC to declare JeM chief Masood Azhar as a global terrorist. If listed by the committee, Azhar would face a global travel ban and asset freeze. the JeM has already been banned by the UN.

While China blocked India's previous attempts to declare Azhar as a global terrorist, expectations are high that this time Beijing may take a different stand considering JeM has admitted its role in the Pulwama terror attack.

"Both countries face important opportunities to realise stability, development and prosperity. China hopes the two countries will get along and progress together," he said.

Asked post-Wuhan summit, how China plans to develop its relations with India in the light of challenges and Beijing's close ties with Pakistan, Wang said 2018 was an "year of great significance for China and India relations".

"The historic meeting between Xi and Modi at Wuhan has created a new model of high level interactions between our two countries deepened and trust between our leaders and set the direction for our future relations," he said.

The priority now is to see that the strategic understanding reached by the two leader should go down to the people and become their common view through conscious efforts, he said.

"China will work with India to comprehensively strengthen sectoral cooperation and people-to-people ties which are vital importance in the current context so that our friendship and cooperation will forge ahead like the Yangtze and Ganges giving strong and sustained impetus to our relationship," he said.

Wang said India and China are ancient civilisations with combined population of 2.7 billion besides being the largest developing countries and neighbours.