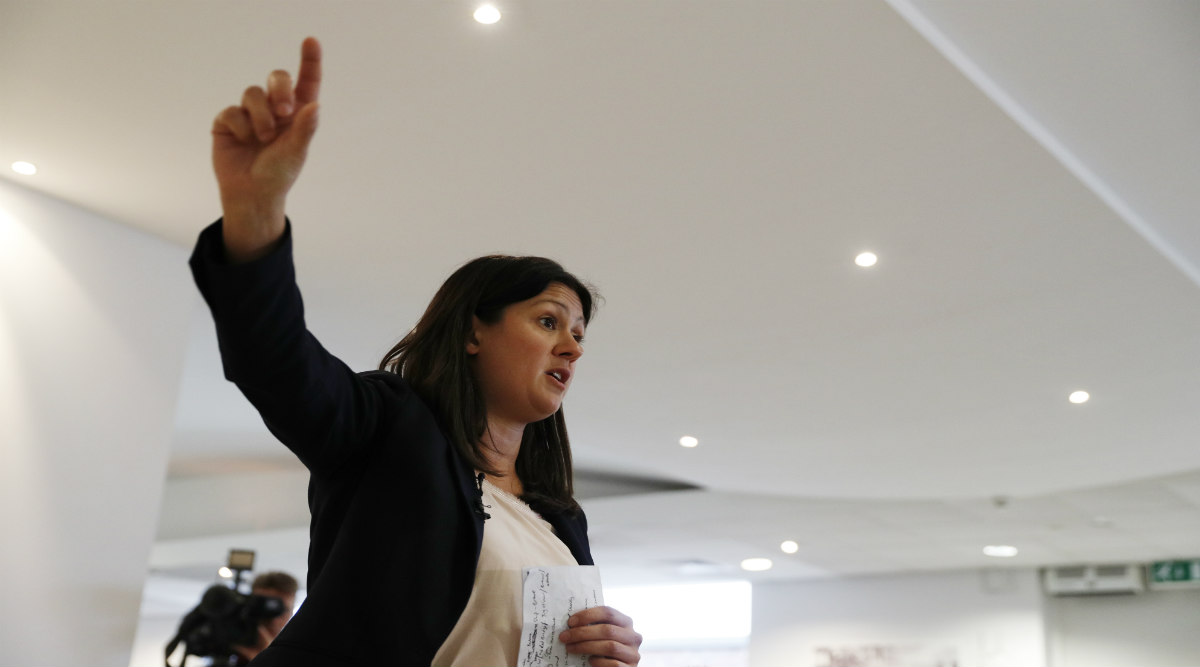 London, January 14: Lisa Nandy, the Indian-origin British MP, and four others have made it to the second round of the Labour leadership race to succeed incumbent party chief Jeremy Corbyn.

Thornberry scraped through with the support of 23 MPs and MEPs, while Nandy, on 31, and Phillips, on 23, had won enough backing days ago.

Starmer and Long-Bailey were deemed as the front-runners after garnering 89 and 33 backers, respectively.

A second round of nominations from constituency parties and ï¿½affiliate' groups, like unions, will now open on Wednesday.

To get through to the final ballot, candidates have a month to gather the support of either 5 per cent of all constituency parties, or three affiliates - two of which must be unions.

The deadline to make the final round is February 14, a week before the members vote opens and six weeks before the result is announced, on April 4.

More than 500,000 people took part in the last leadership contest, when Corbyn was re-elected in 2016, reports the BBC.

Corbyn signalled his intention to stand down after Labour lost its fourth general election in a row and his second as leader following the December 12, 2019 polls.

Labour will also set the rules for its deputy leadership election, after Tom Watson stood down last December.