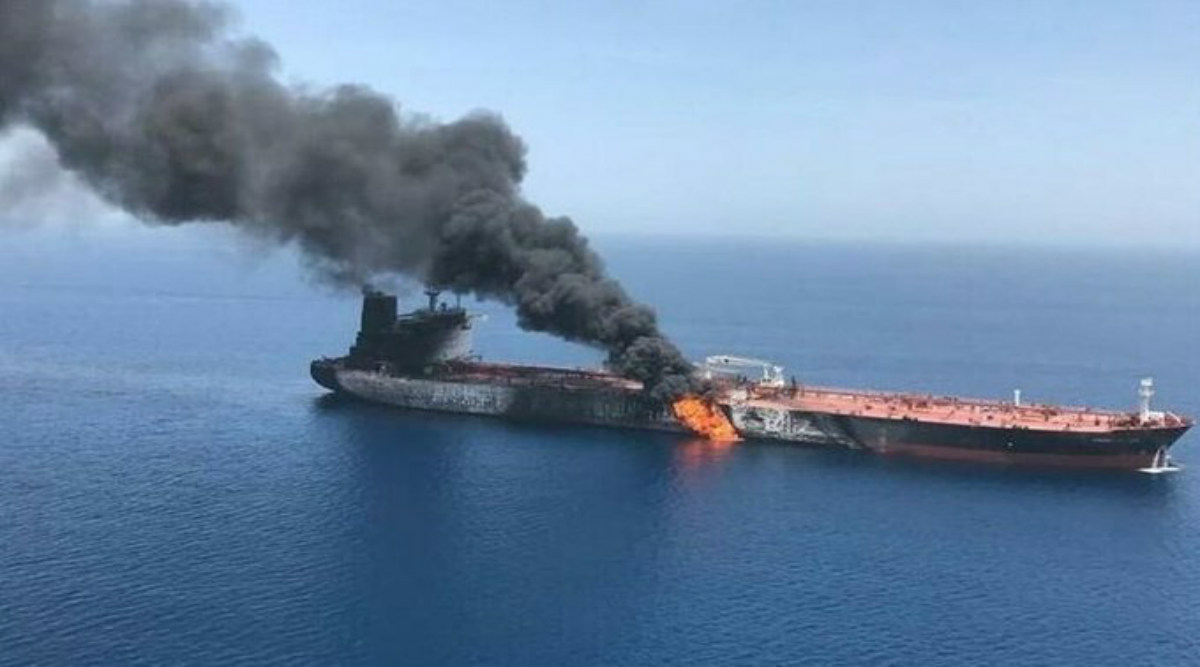 Tehran, October 11: An Iranian oil tanker was hit by suspected missile strikes near the Saudi port of Jeddah on Friday, causing oil to leak into the Red Sea, the ship's owner said.

The National Iranian Tanker Company said in a statement that the hull of the Sabiti was hit by two separate explosions about 100 kilometres (60 miles) off the Saudi coast. It said the blasts were "probably caused by missile strikes".

"All the ship's crew are safe and the ship is stable too," said NITC, adding those on board were trying to repair the damage. South Korea: Huge Blast on an Oil Tanker, 12 Injured.

The state-owned company said that contrary to reports, "there is no fire aboard the ship and the ship is completely stable".